This a story of a Valentines Day getaway that unexpectedly sparked our interest in a small flock of birds, bird behavior, and a seemingly disjointed conservation effort to protect Snowy Plover, a species status on the Pacific Coast of North America that remains of great concern despite a decade of effort to help the population recover from it's designation as threatened (in Oregon in 1975) under the federal Endangered Species Act of 1973.  Public record of efforts to address the plight of Snowy Plover begin with a recovery plan published by the U.S. Fish and Wildlife Service on 8 August 2007.

For family & friends the Valentines Day getaway comes first - so skip ahead if you please.

We found a small cottage on the beach that we could not resist: 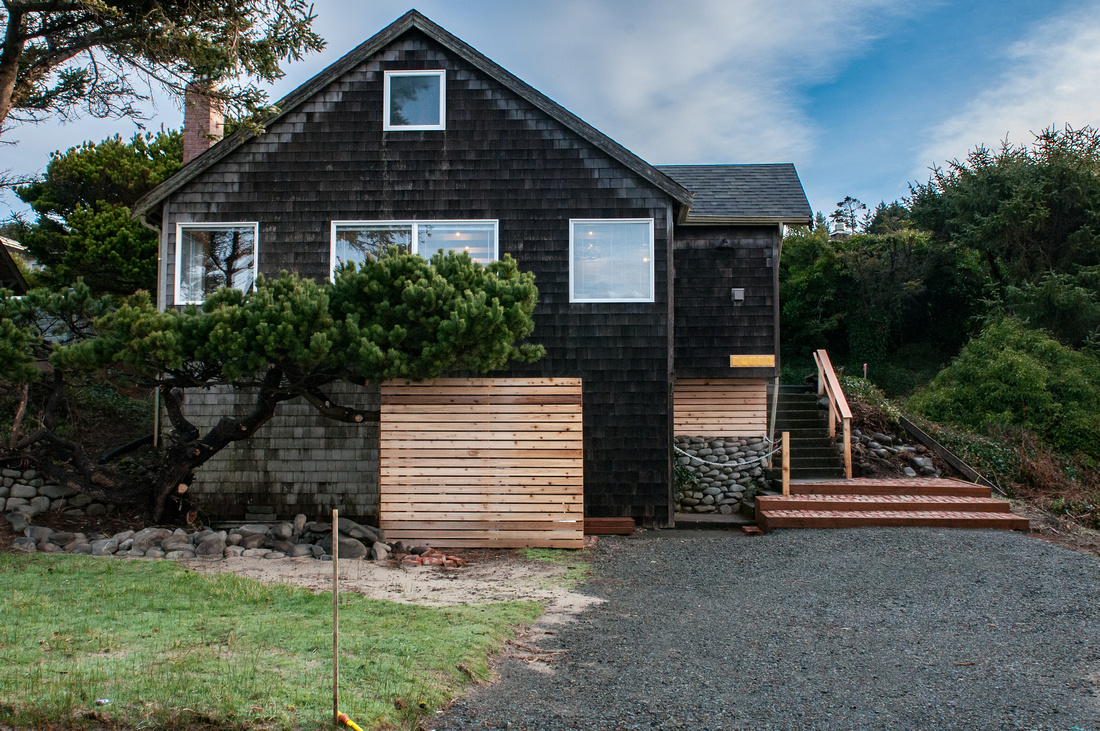 The weather for the first day-and-a-half was (perfectly) miserable.  But the warm fire, cozy conditions, and great seascapes from within the cottage were just what a doctor would prescribe for relaxation and connection with the one you love.

We ventured out to walk on the beach at the first opportunity we thought we would not be blown or washed-away to experience our Border Collie's reaction to her first visit to the beach.

Remy who lives to chase anything that moves, was off like a shot after spotting a couple of Sanderling at the waters edge: 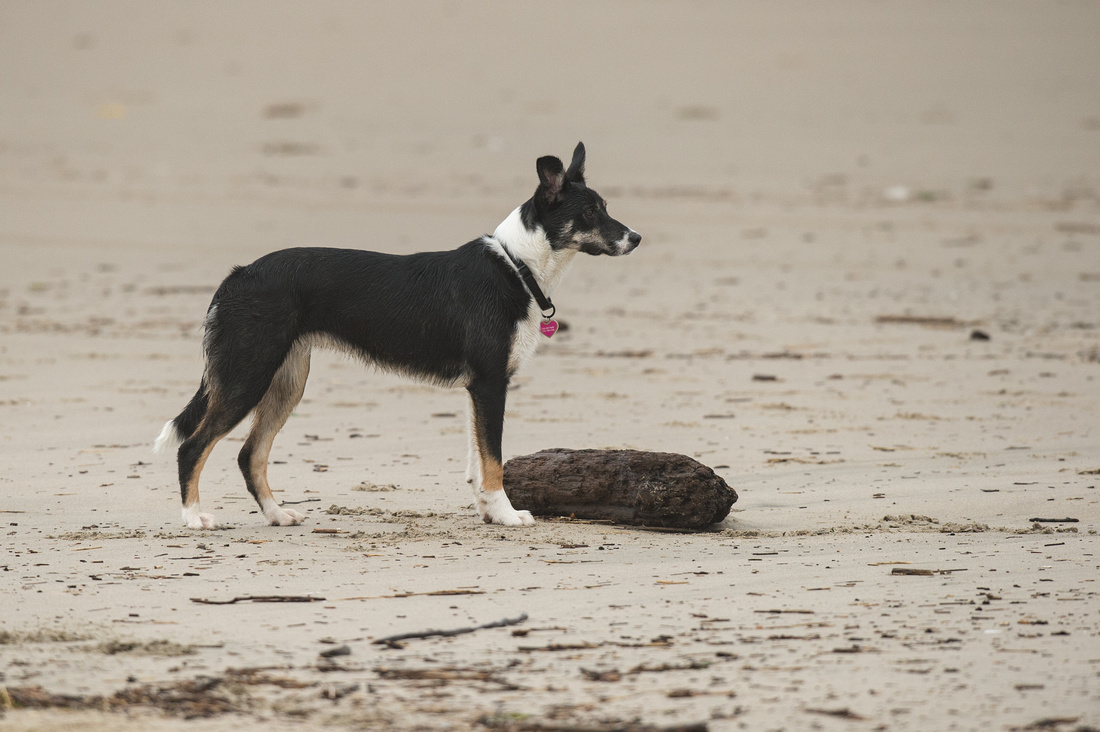 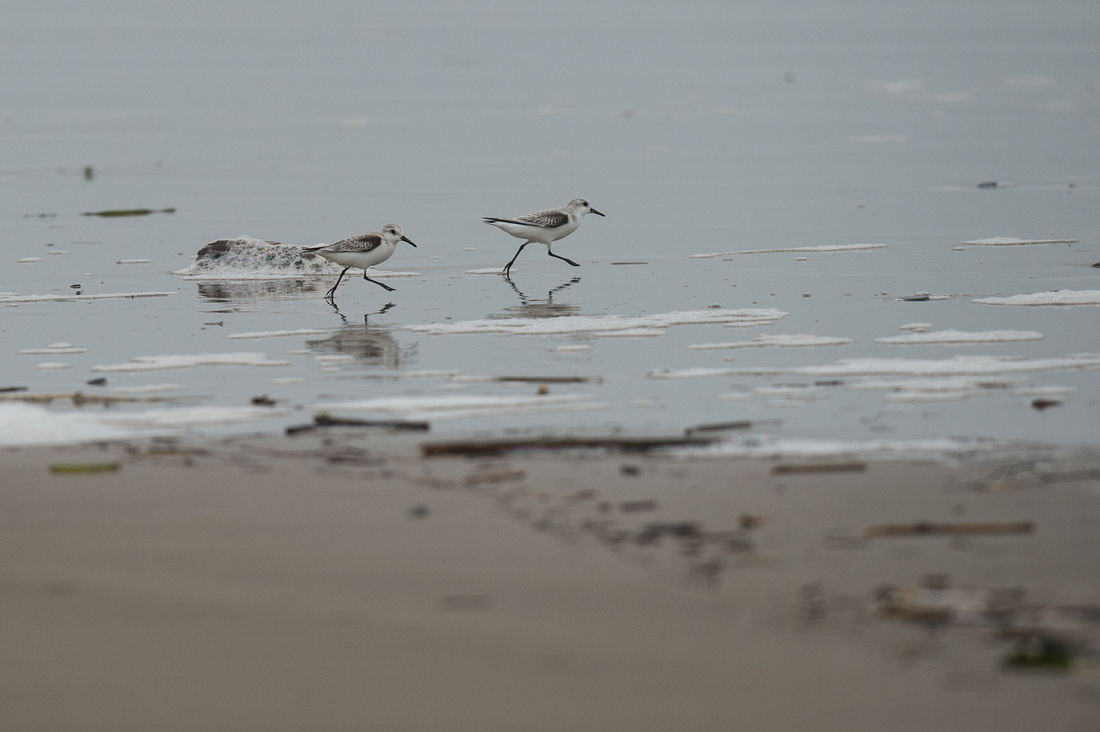 I cheered her on as she chased the two peeps which grew to a small flock of four, then six, then eight birds that eventually came to rest just above the wrack line: 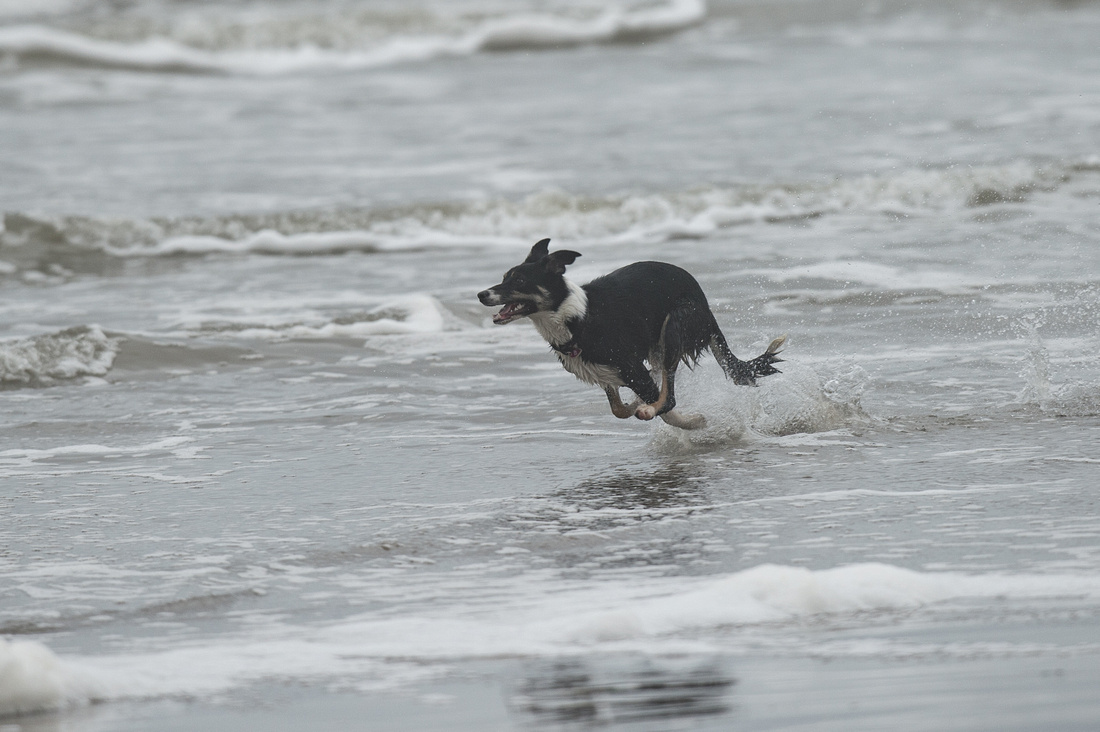 Jill called Remy away from the area when I said I thought I saw Snowy Plover - which afforded me the opportunity to approach and photograph the birds without a marauding puppy trying to prove her worth: 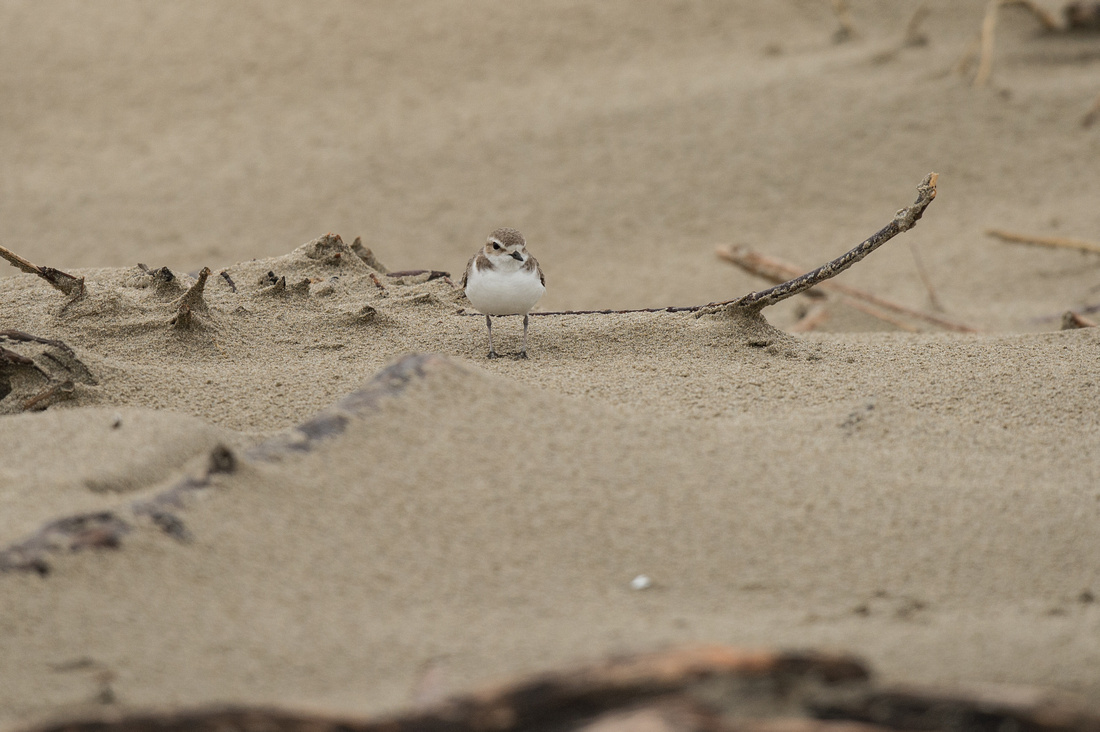 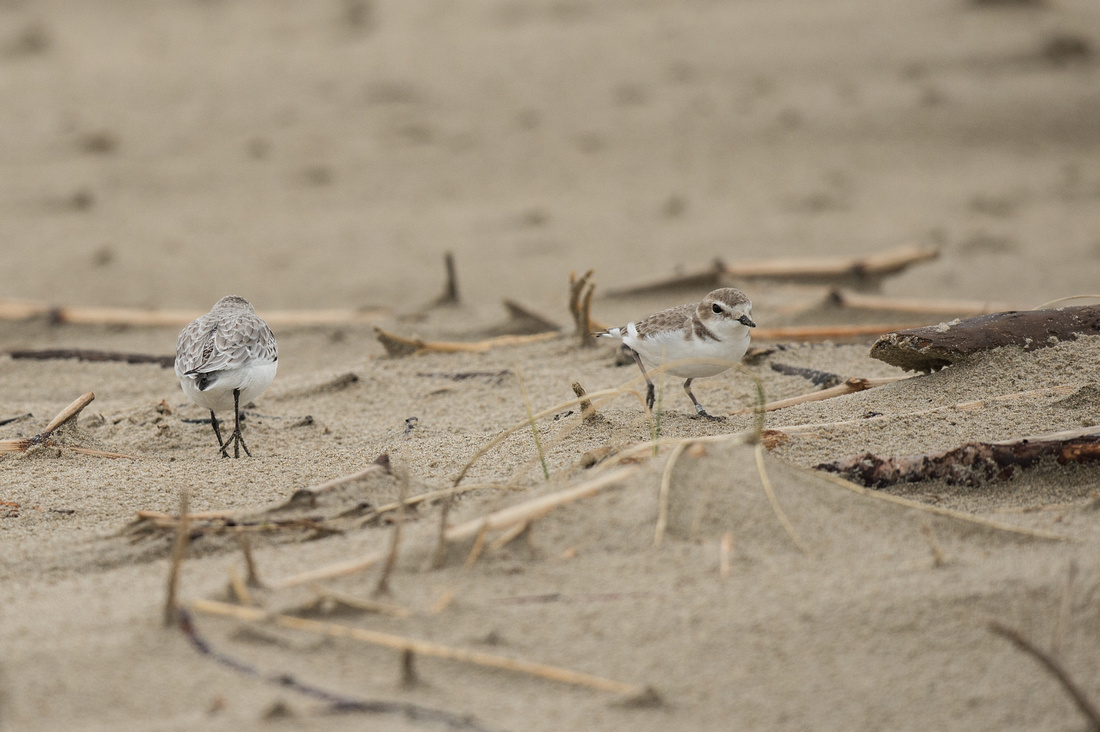 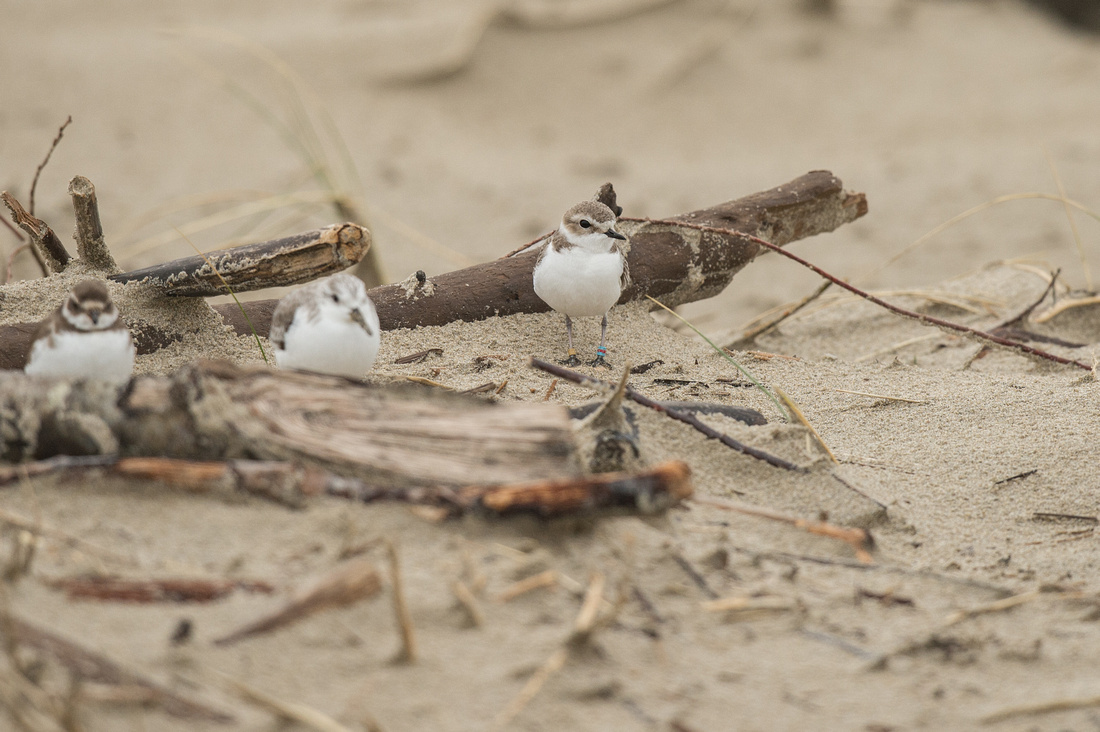 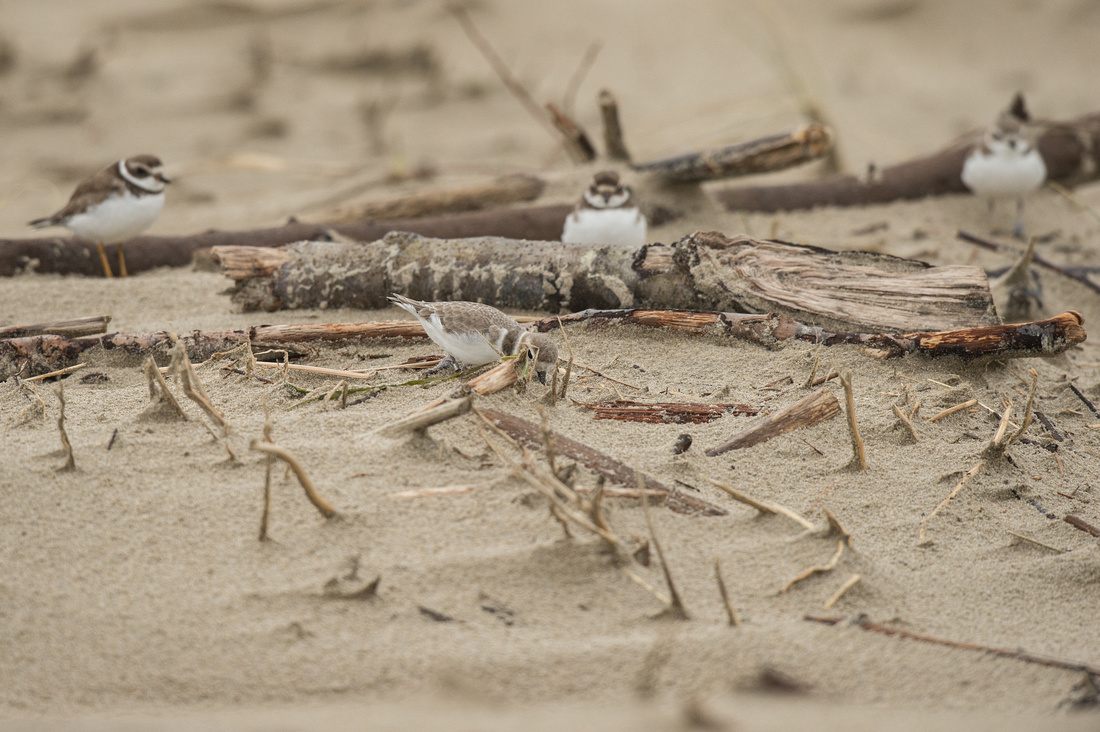 On a side note, this was the first time that I have observed Sanderlings foraging above the wrack line.  According to Birds of North America (online), Sanderlings are known to forage in upper beach zone beyond the high tide line, taking mainly insects and talitrid amphipods. 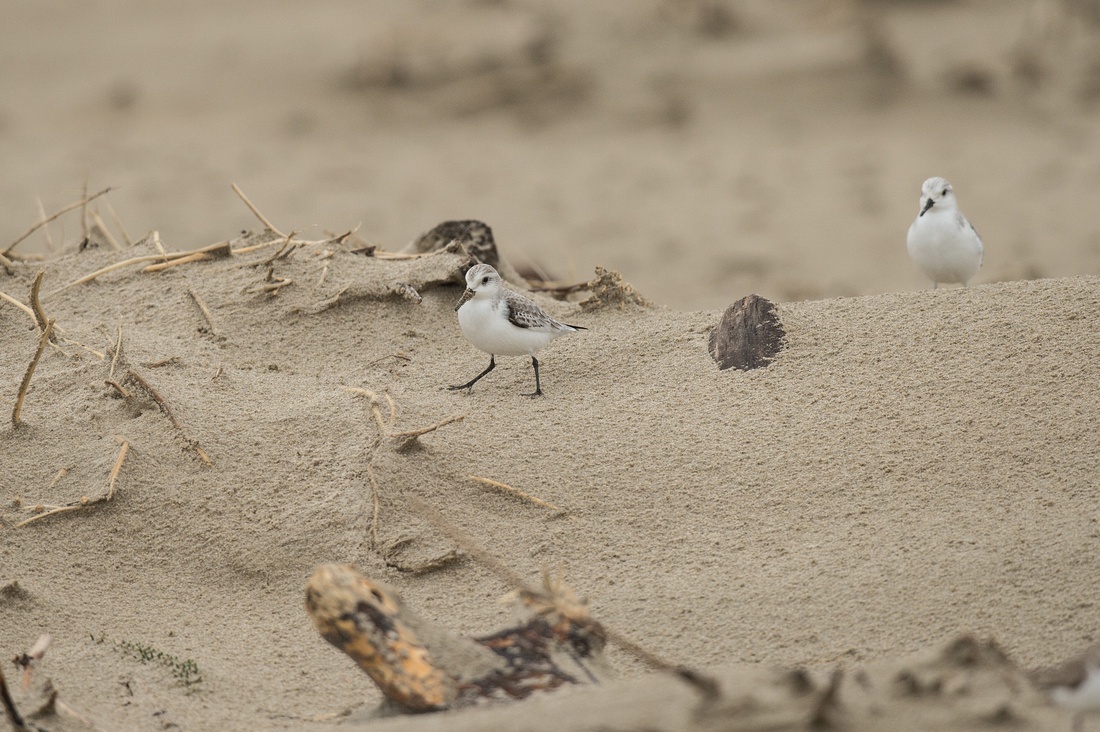 We were treated to great views of the area once the weather broke. 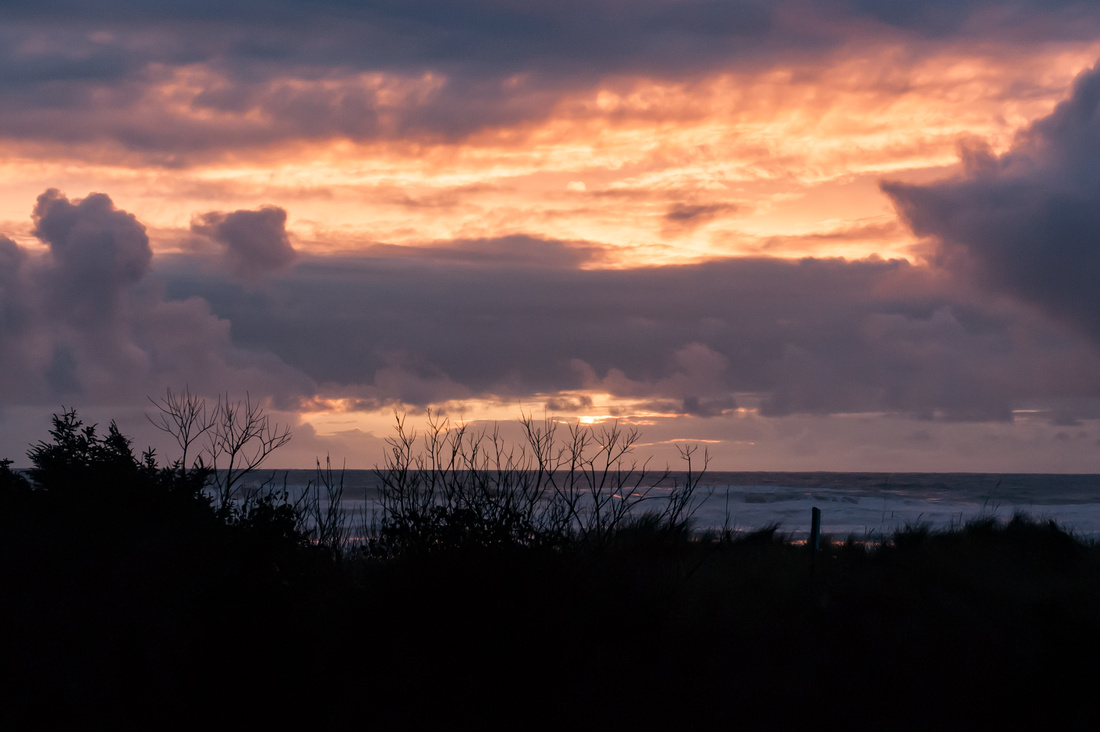 The view of Neahkahnie Mountain from the beach outside the cottage: 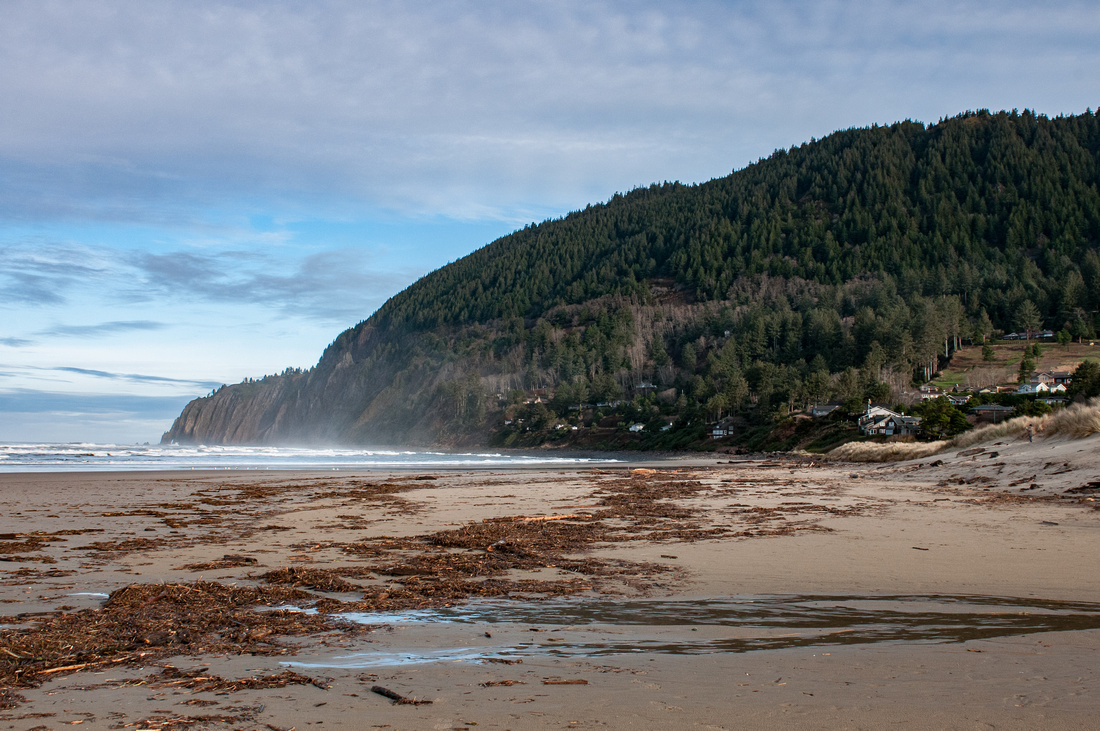 Same view from the foredune above the area we observed the Snowy Plover: 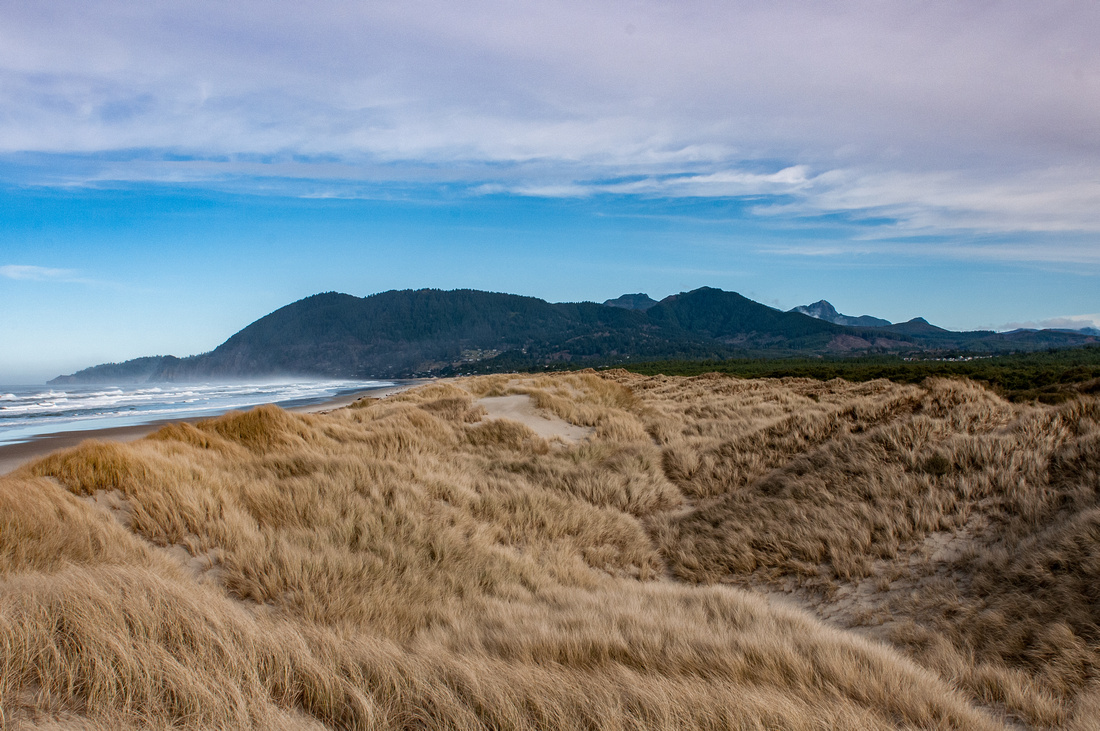 This is the where the topic turns to conservation - so please scroll back from here if you prefer to avoid a discussion on the subject. 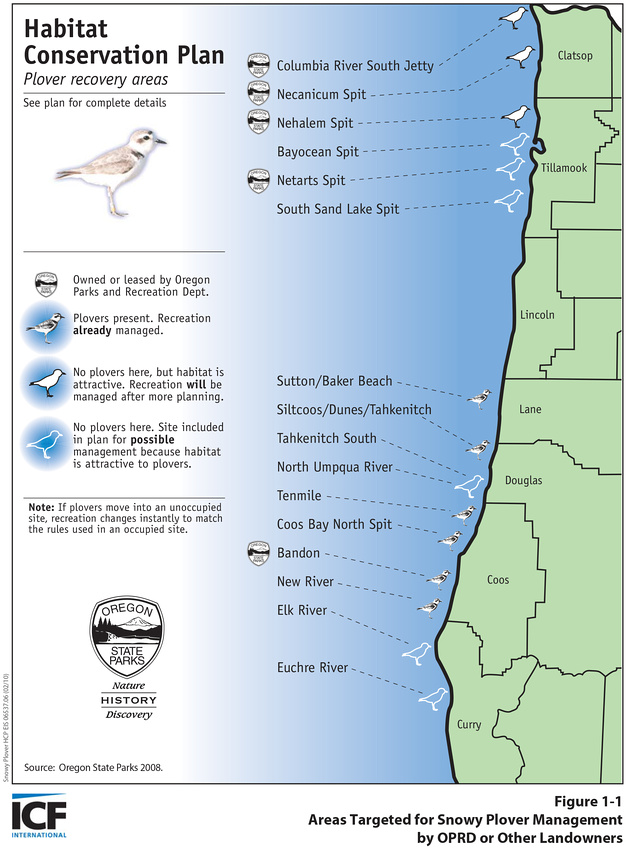 Which should be compared to the plan published by the U.S. Fish and Wildlife Service on 8 August 2007 that 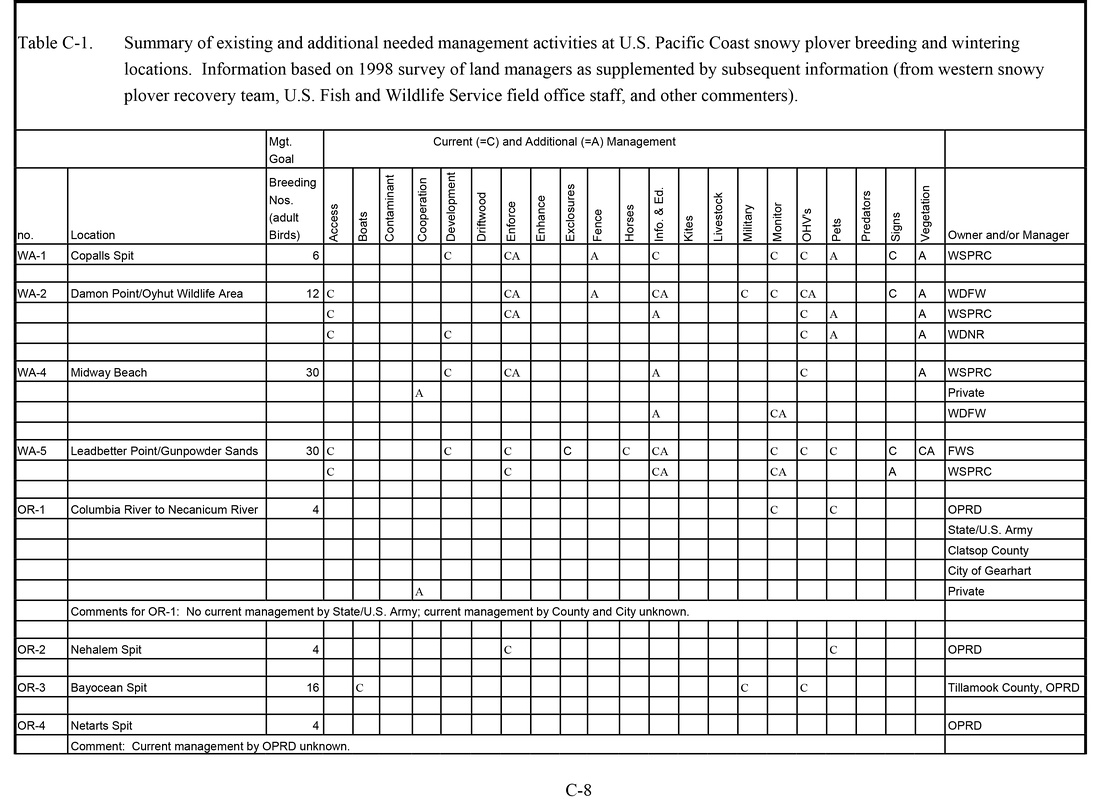 The earliest eBird record is in 1987 - having said that, the species has just started to be reliably observed on the spit in small numbers since 2015; so I am going to give the Oregon Department of Recreation (ORPD) a pass on the (obvious) lack of attention to the protection of the Snowy Plover on this pristine stretch of the Oregon Coast.

As a somewhat informed local bird watcher and photographer, I had no idea that our walk on this particular beach would, in all likelihood, interfere with a small population of Snowy Plover.

I would like the ORPD to enforce the management activities recommended by the U.S. Fish and Wildlife Service on 8 August 2007.