On 6 November 2020, Roy Gerig spotted a GRYFALCON at the top of a fir tree next to a country road in Polk County, Oregon.  Being a species known to flush as a result of human activity as far away as a thousand yards, my guess is few people who chased this bird dreamed it would present multiple opportunities for close observation.  Many folks had views of the falcon on prey at less than 30 yards. I, unfortunately, was not one of them.  I hoped that I would get close enough to see and identify key field marks through my binoculars, which I am happy to report was accomplished.

It was fun to watch Northern Harriers harass the falcon as it was perched on the ground digesting a recent meal, and then later get to see the impressive aerial pursuit of the GYRFALCON by an immature BALD EAGLE.  The falcon could outmaneuver the eagle but could not maintain a safe distance away from it in level flight.  The acrobatics lasted for a couple of minutes in a tight circle nearly directly overhead. Still, it seemed much longer than that, and there were multiple instances where I thought the GYRFALCON might actually go down.  The GRYFALCON called loudly each time the BALD EAGLE closed ranks, which added a lot to the spectacle.

Below is an interactive map of sightings reported from time-to-time on the Mid Willamette Valley What's App Birding Group.

A FEW PHOTOS OF MY EXPERIENCE BELOW 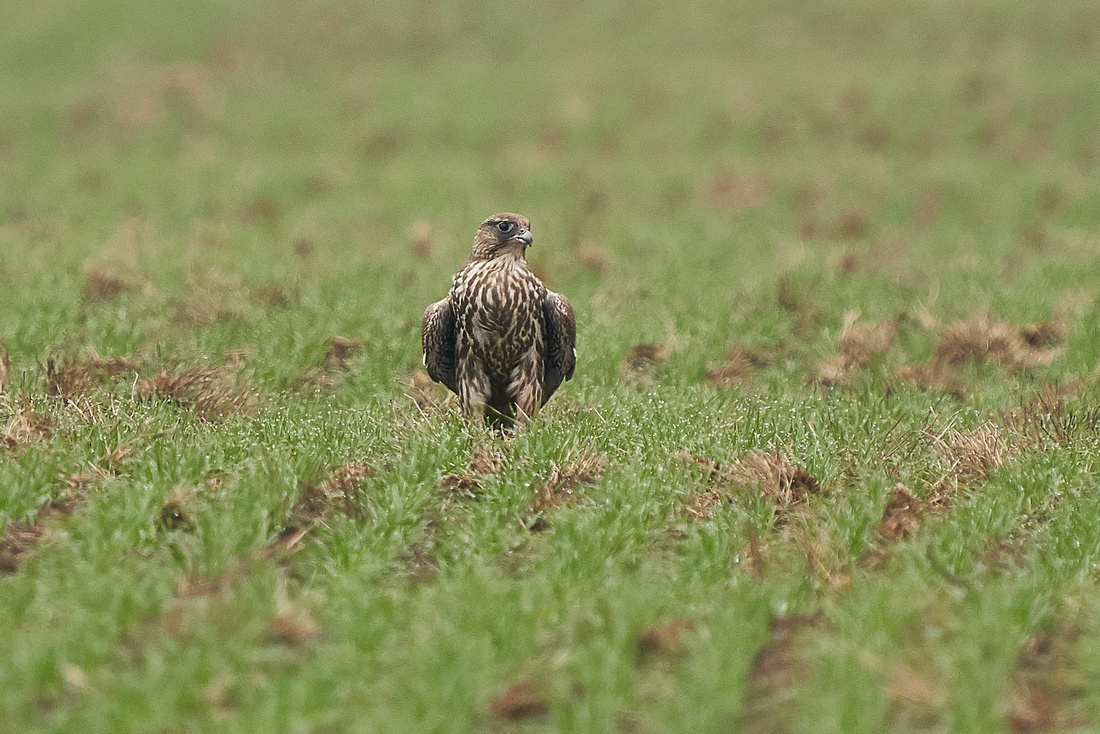 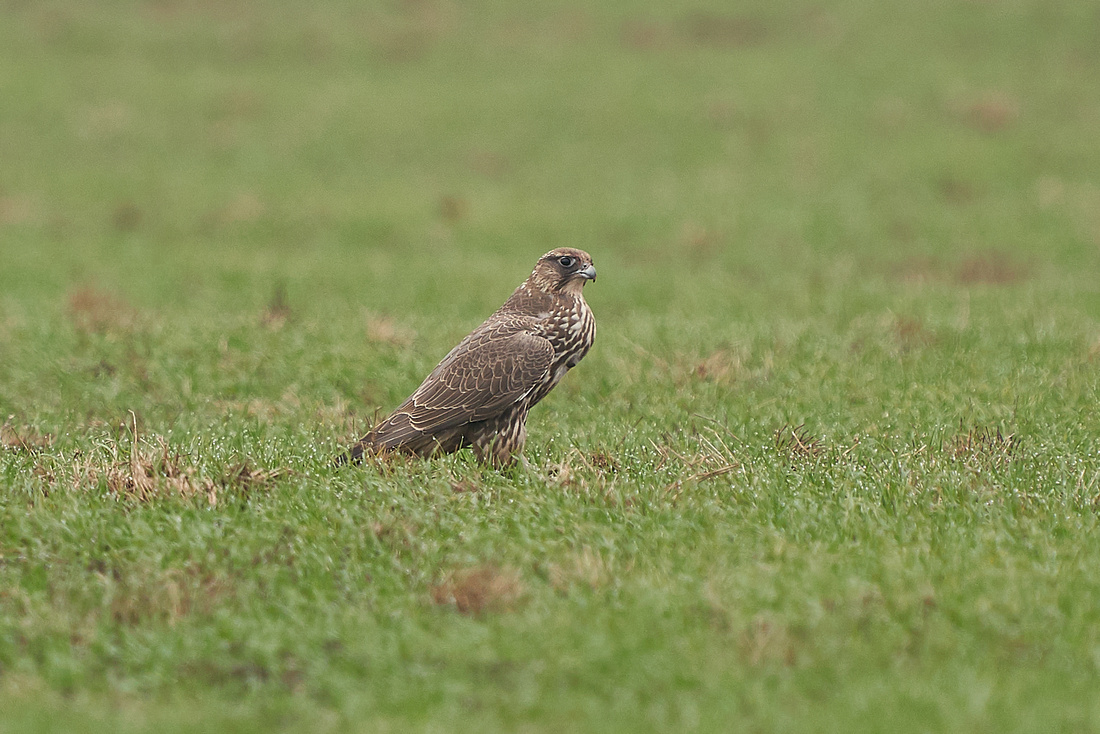 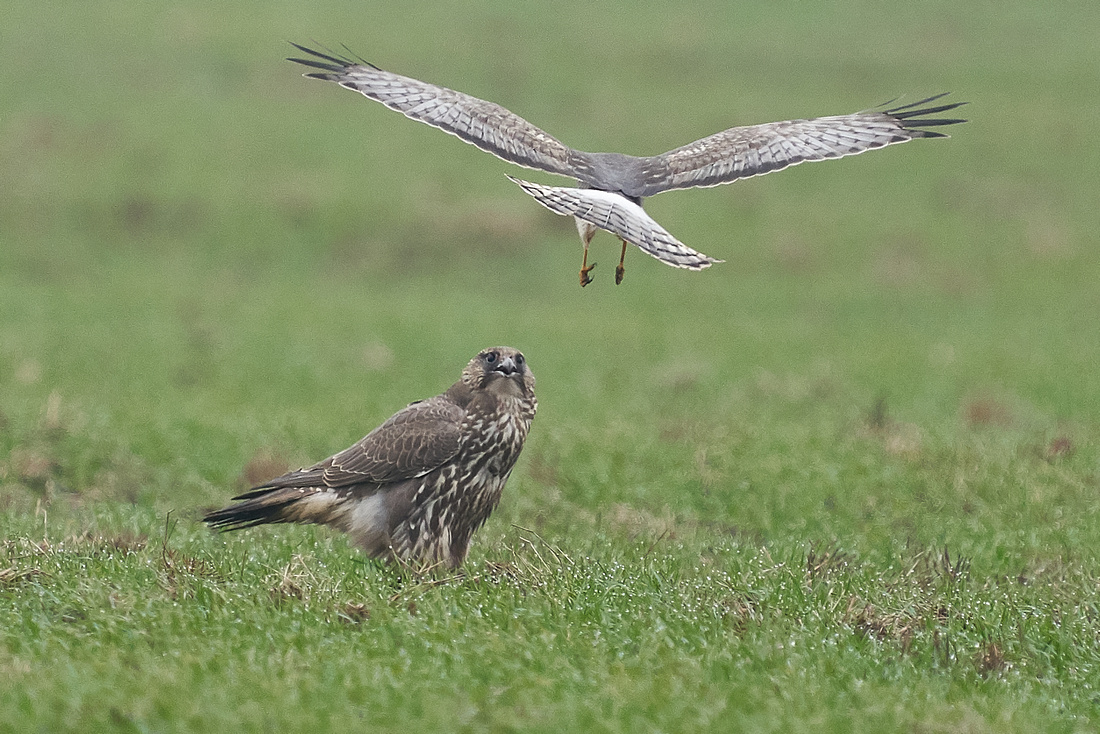 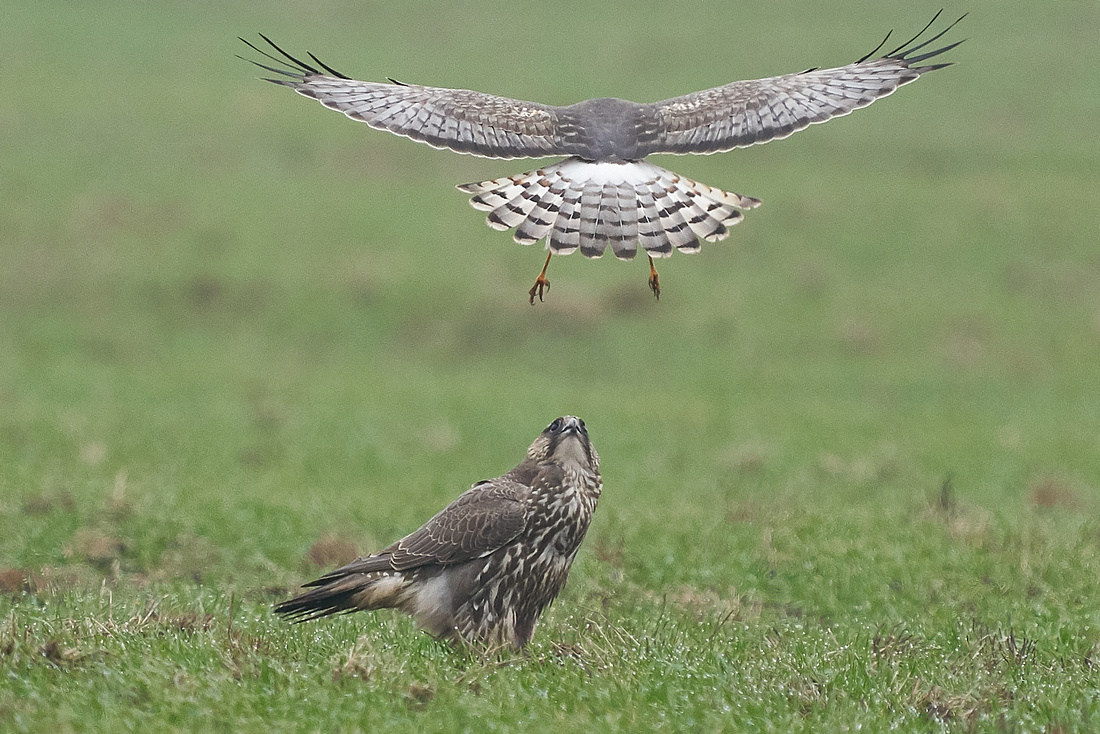 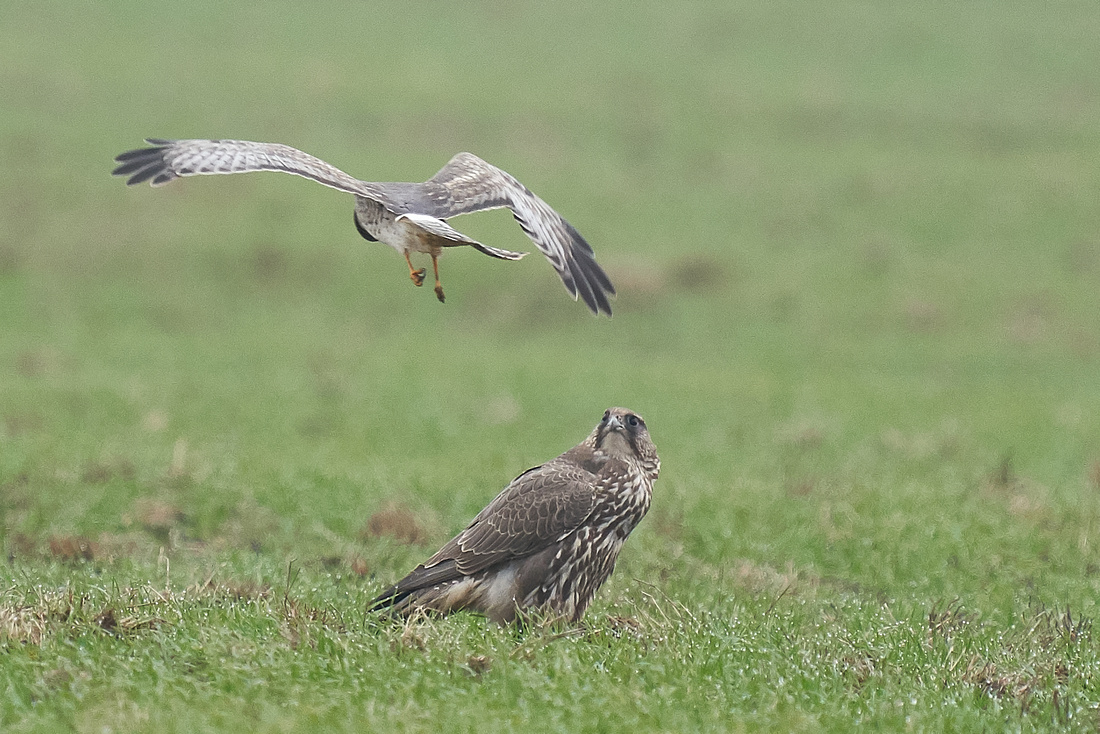 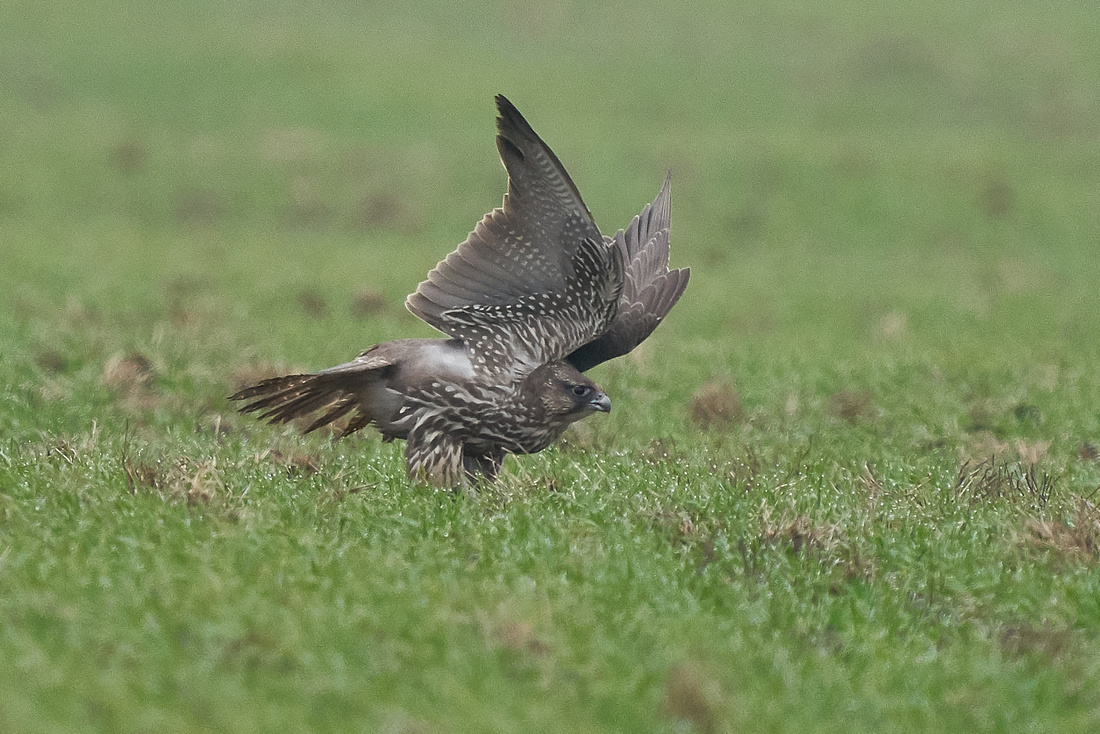 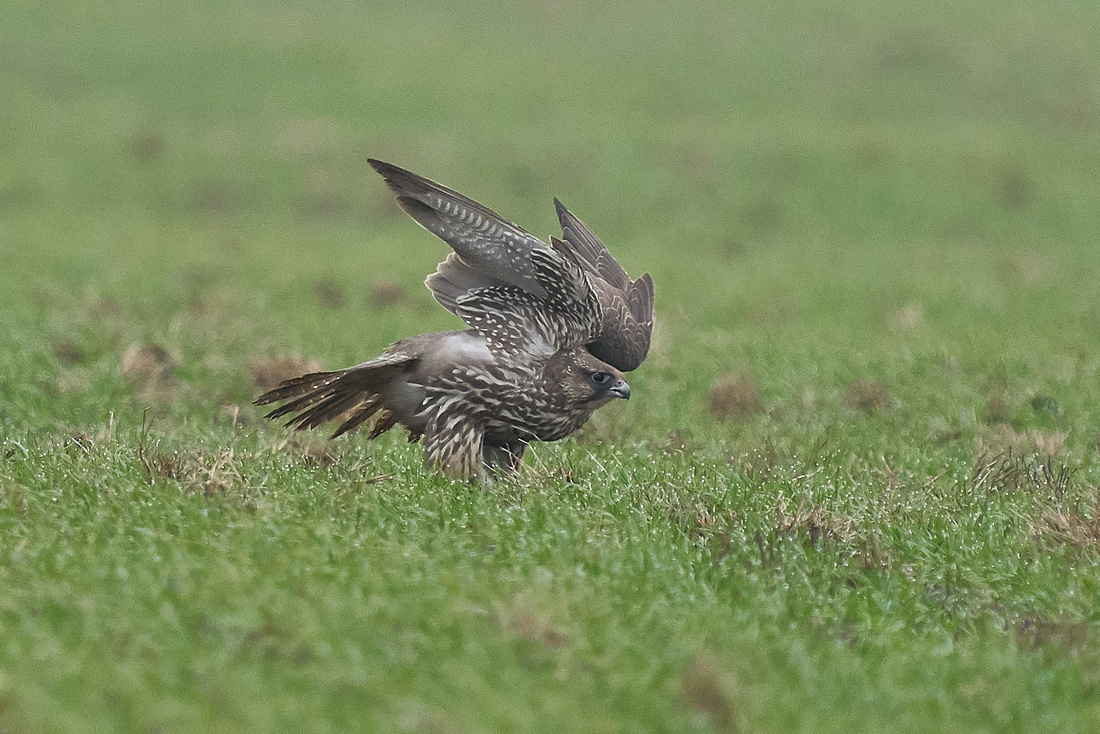 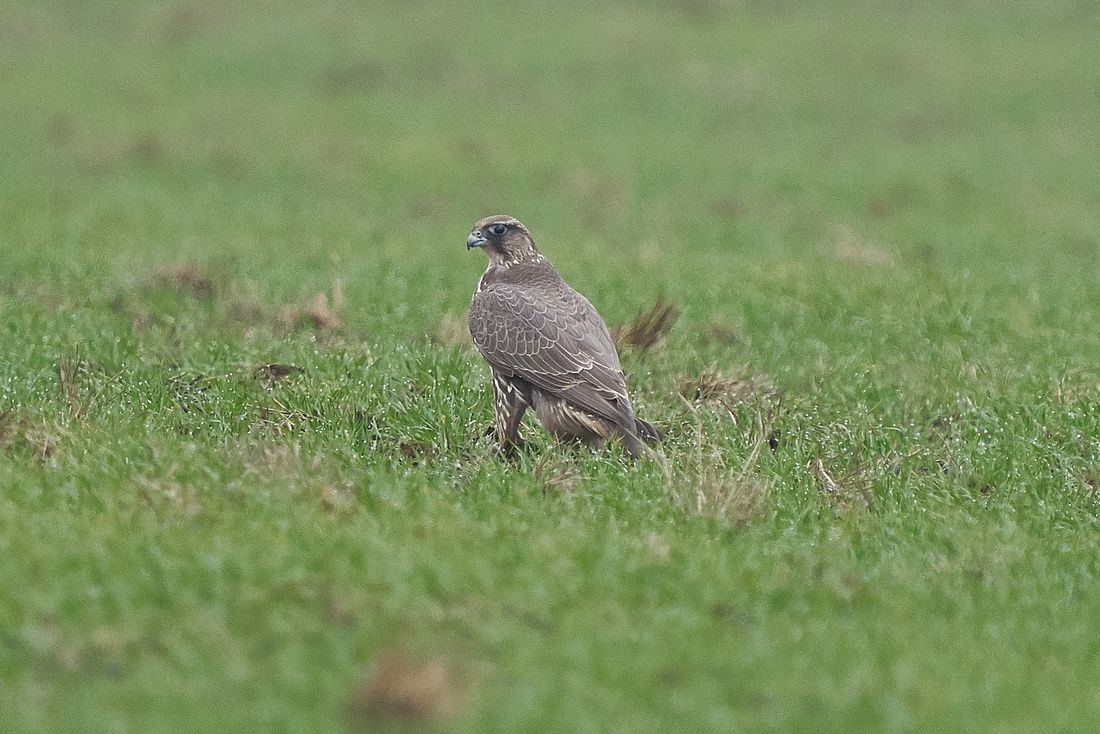 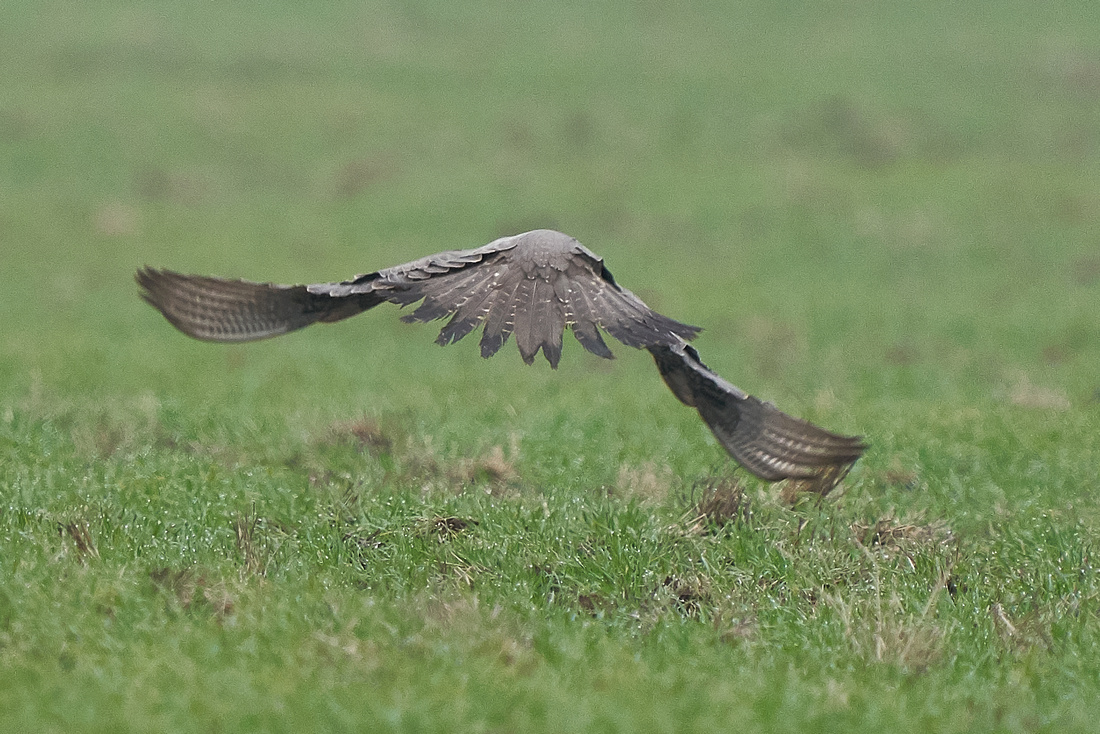 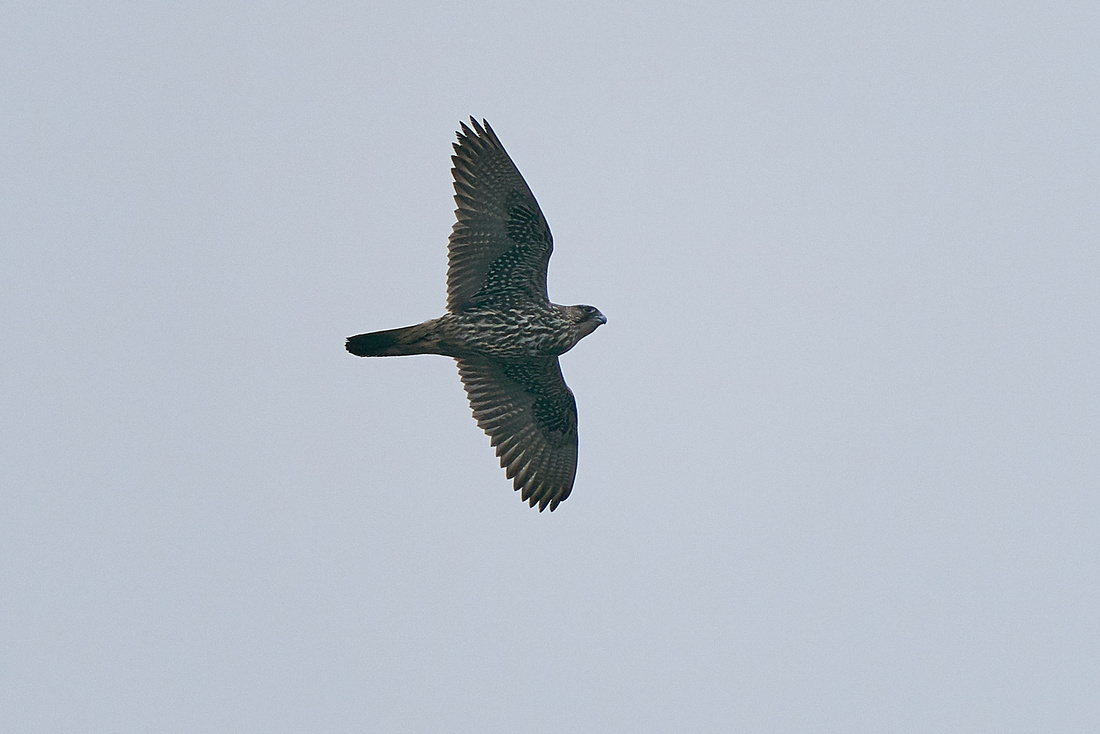 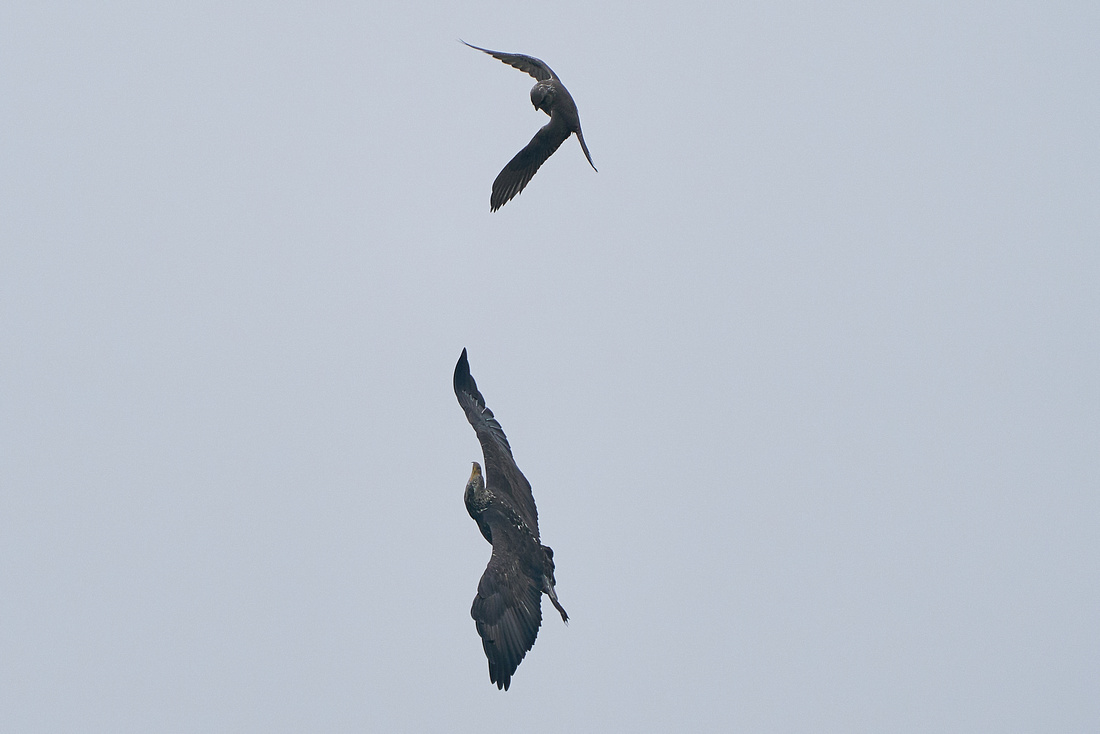 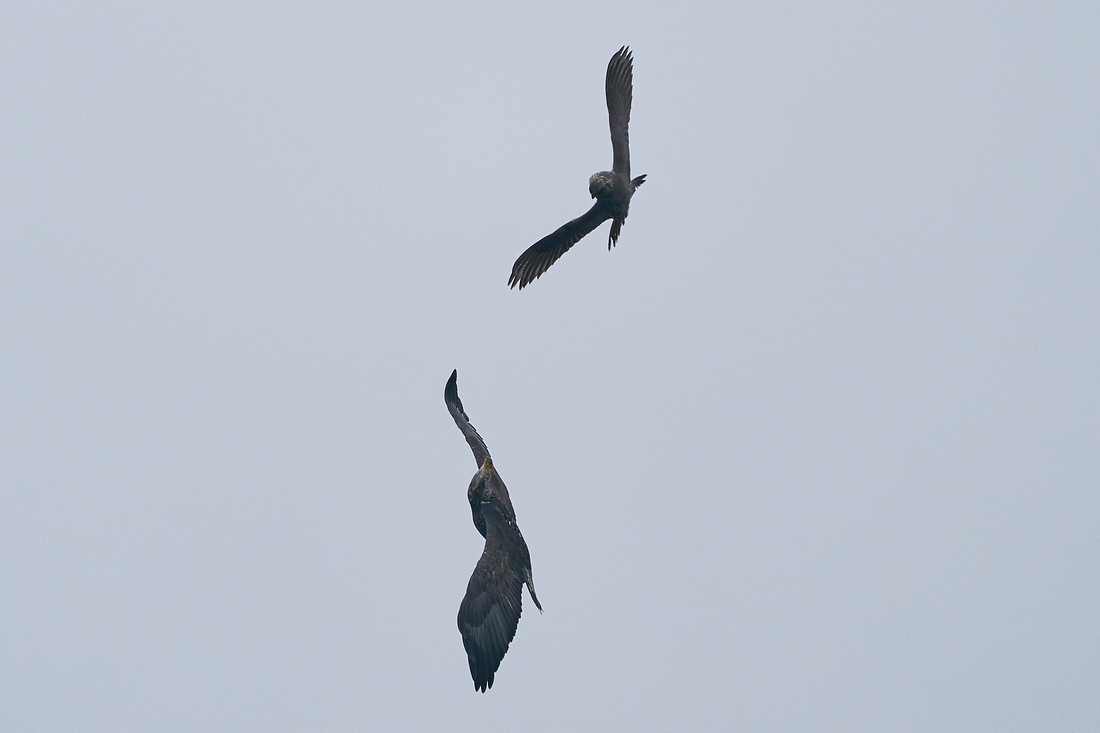 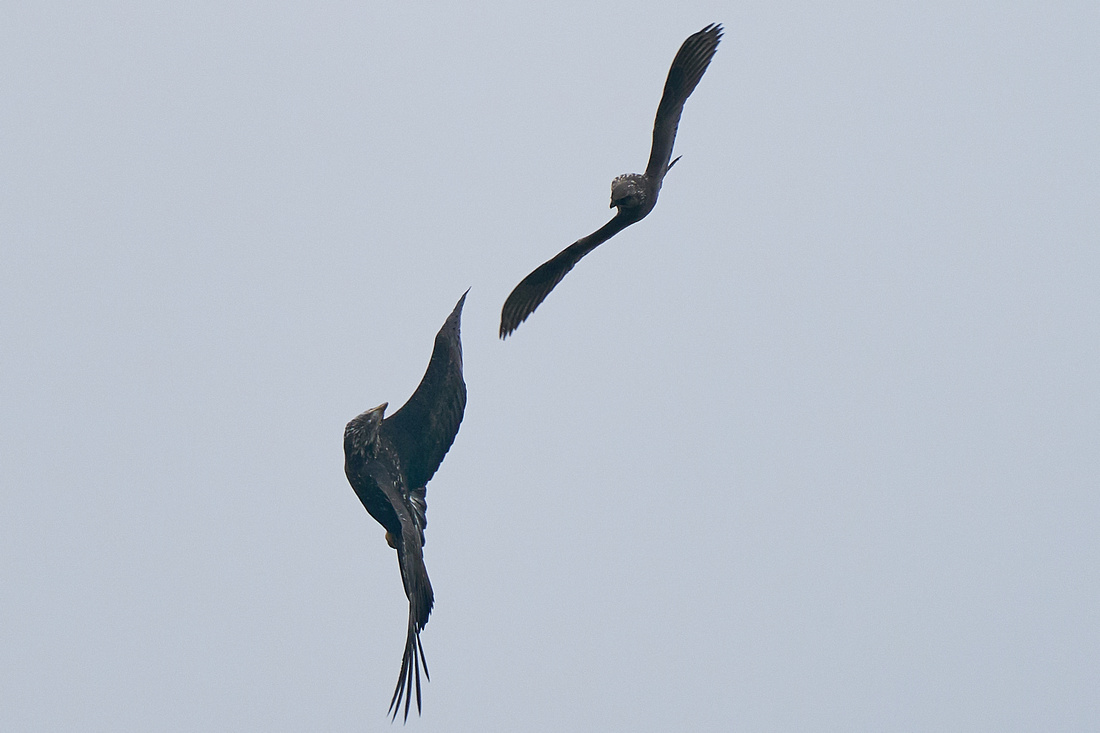 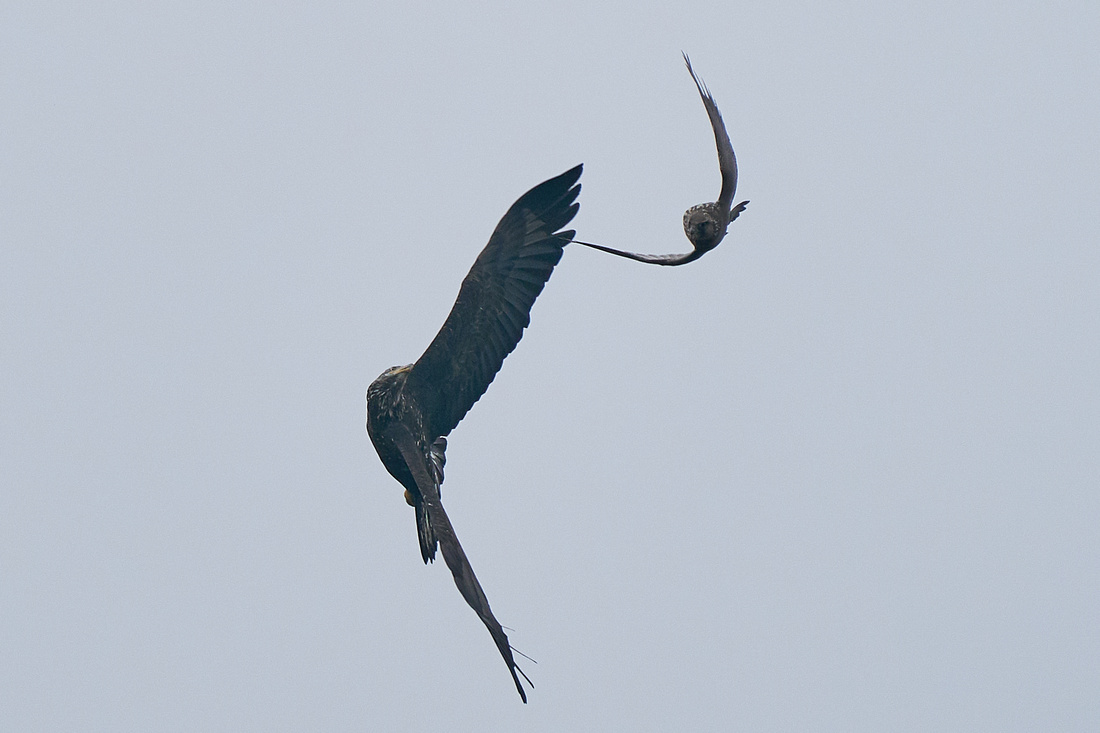 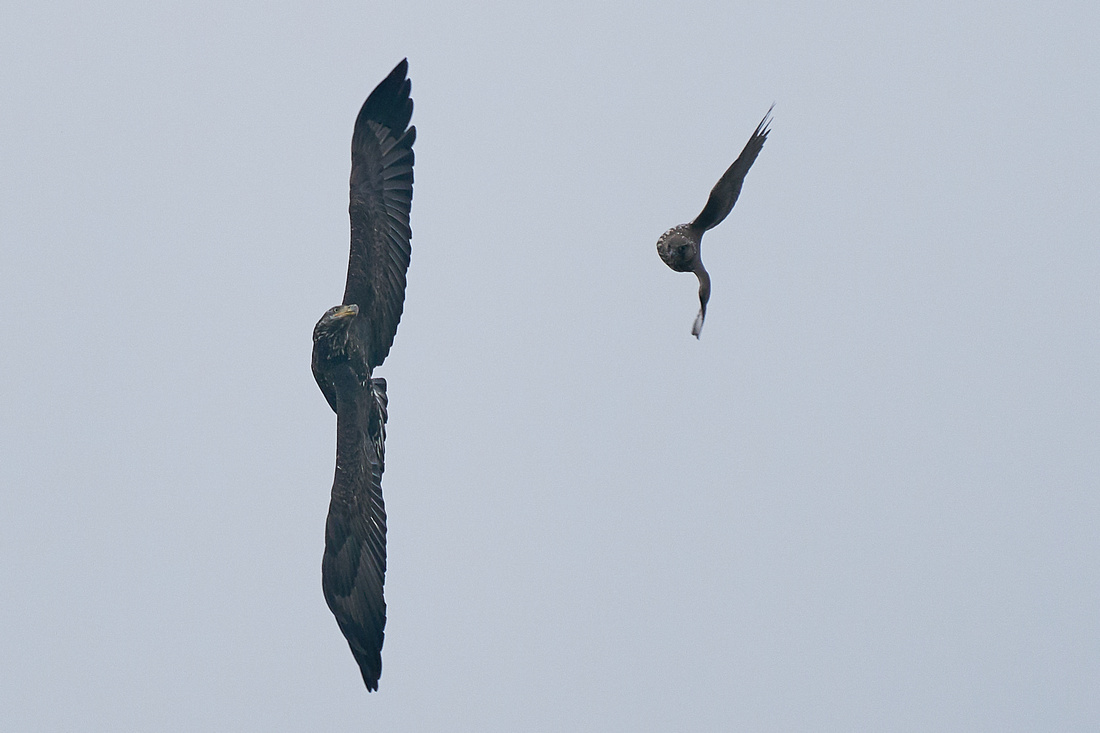 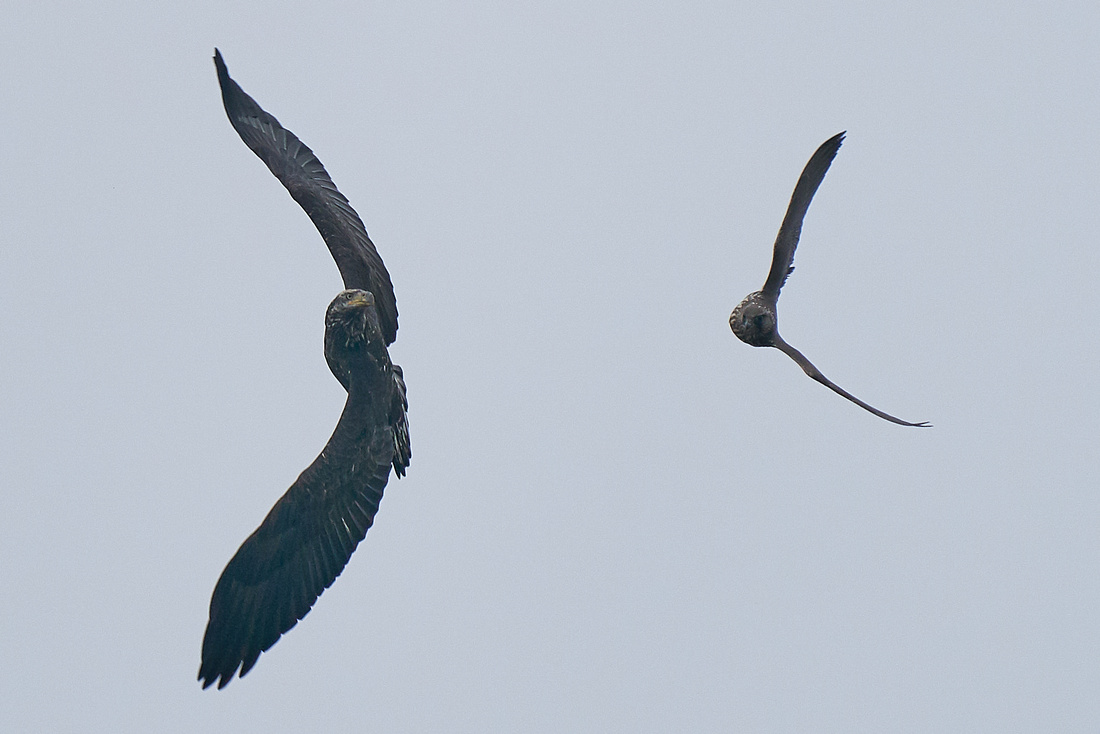 After looking again at the frames above, I just realized that the falcon cleverly positioned itself away from the eagle's talons when making an evasive maneuver. So maybe the eagle didn't present as much a threat to the falcon as I first thought.  The falcon's cries certainly lead me to think it was in trouble.

I can't believe I waited almost two weeks before chasing this rarity, which is a life bird for me.

As a footnote; I received the following message from Jeff Gilligan after posting this to Oregon Birds Online:

I reported on October 29 a Gyrfalcon from near the mouth of the Columbia that I had flushed from a dredge spoil hill in Ilwaco, WA.  It was colored much like the Polk County bird.  When flushed, it flew south toward the island in the Columbia, where I eventually lost sight of it.  Given the species' rarity, I think there is a very good chance the Polk County bird is the same one I saw in Ilwaco.