We birded Lost Lake off Hwy 20 (3 miles west of the summit of the cascade range) this morning.  The weather was spectacular and the birds were interesting.  Seven GREATER WHITE-FRONTED GEESE, close views of two cooperative GREATER YELLOWLEGS, more RUBY-CROWNED KINGLETS than we could count, one GOLDEN-CROWNED KINGLET, loads of VARIED THRUSH and DARK-EYED JUNCO, a few STELLER'S JAY, one MERLIN repeatedly strafing the edges of nearby willows, an assortment of (Audubon's and Myrtle) YELLOW-RUMPED WARBLER, and notably one ORANGE-CROWNED WARBLER, which we found last year at the same location but twenty days earlier on September 14, 2013. 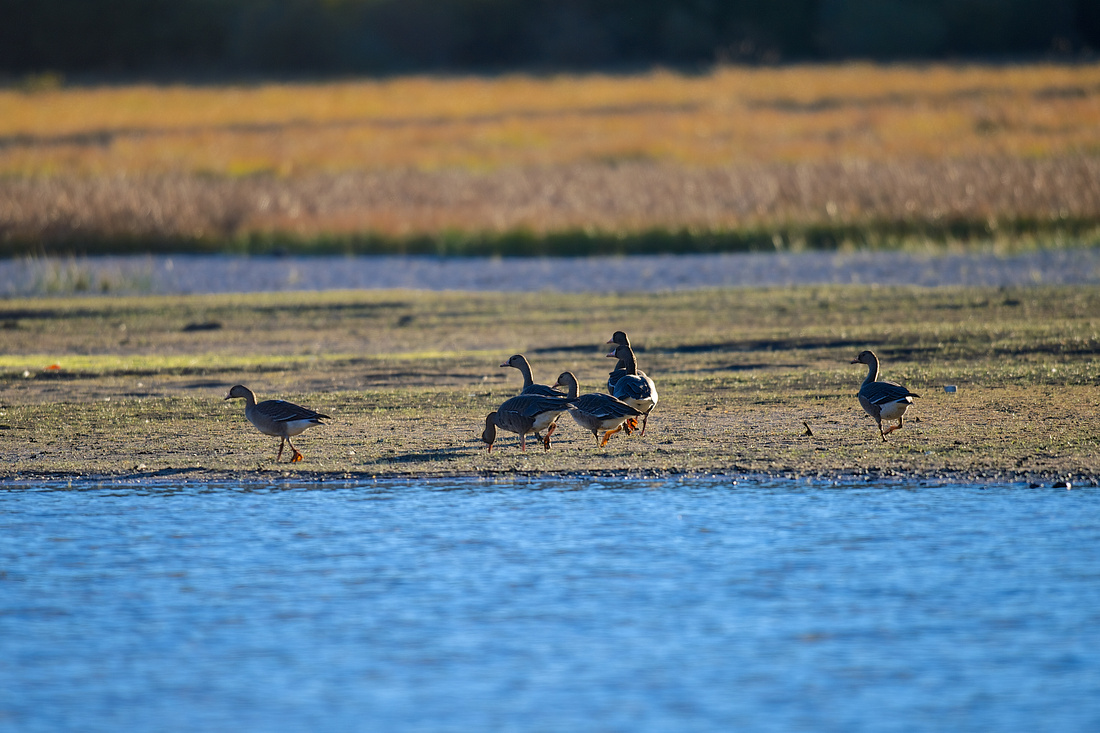 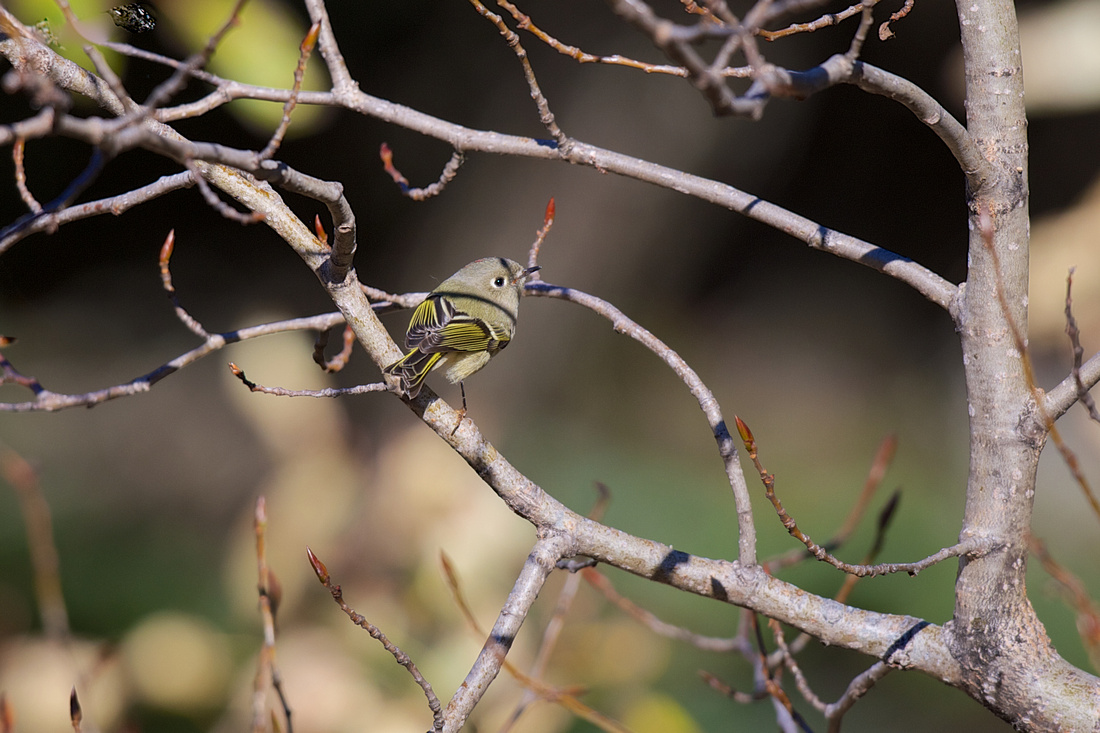 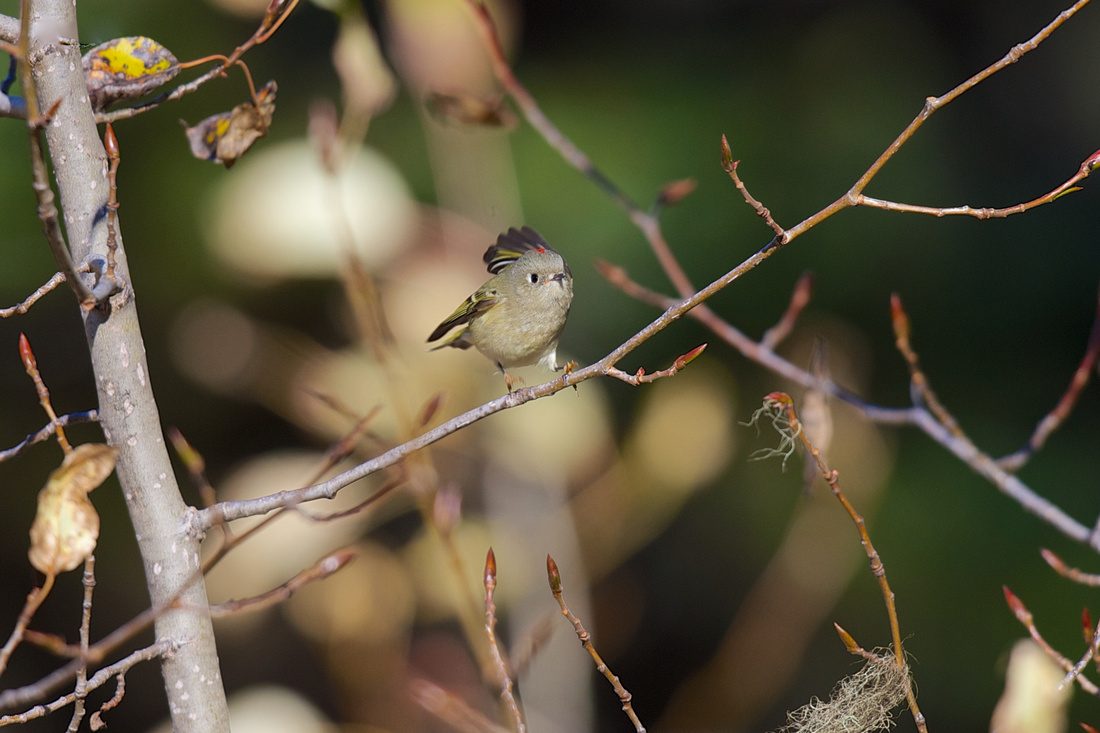 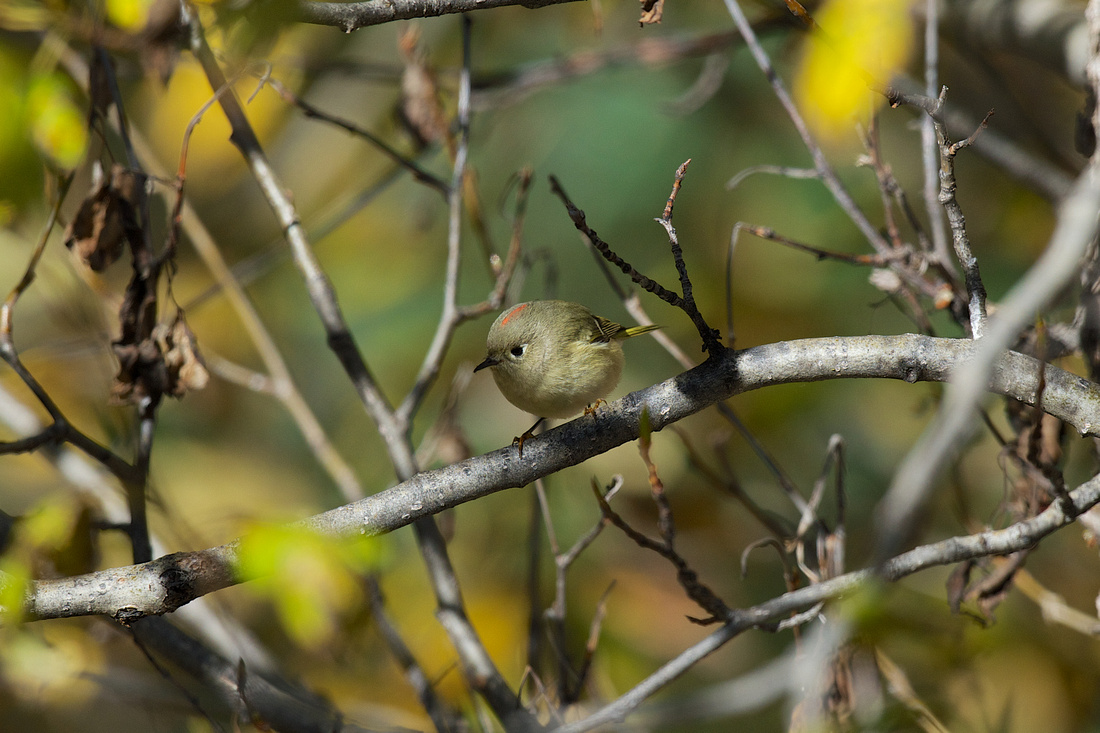 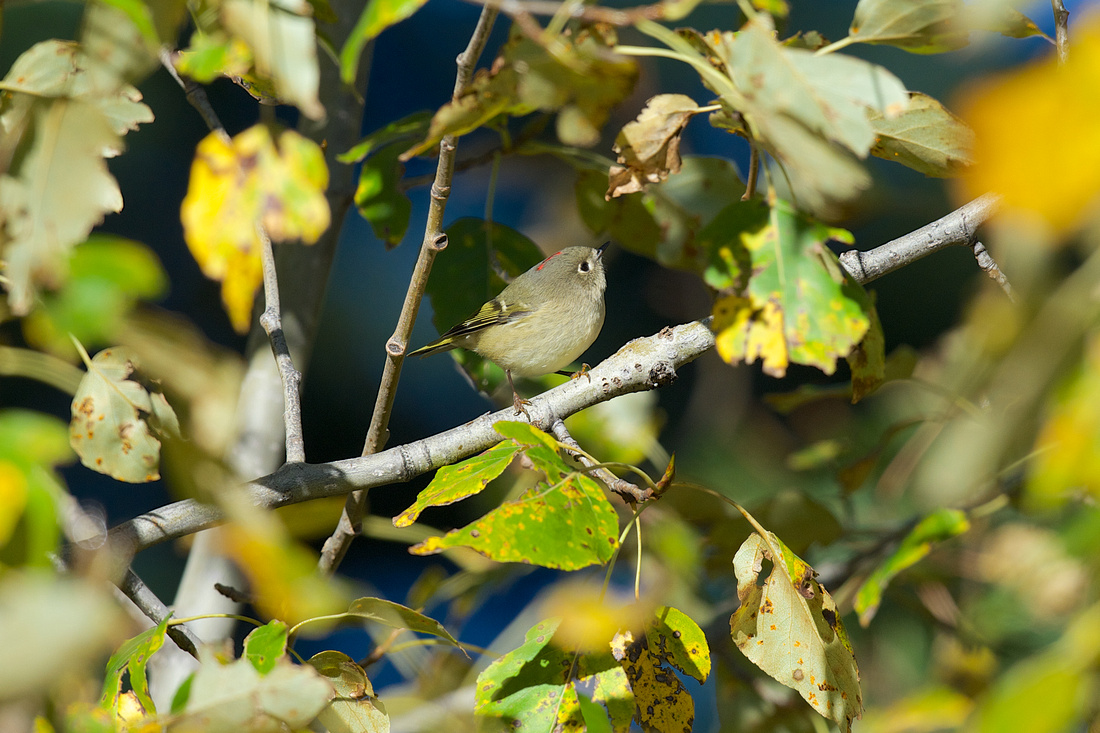 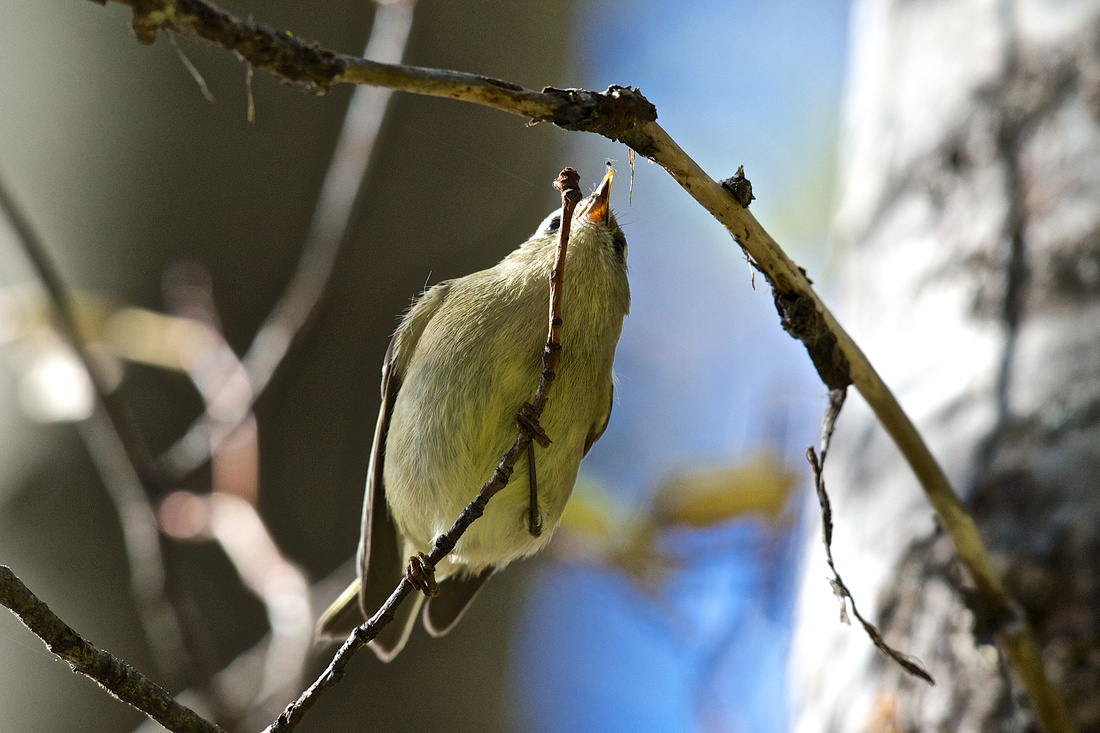 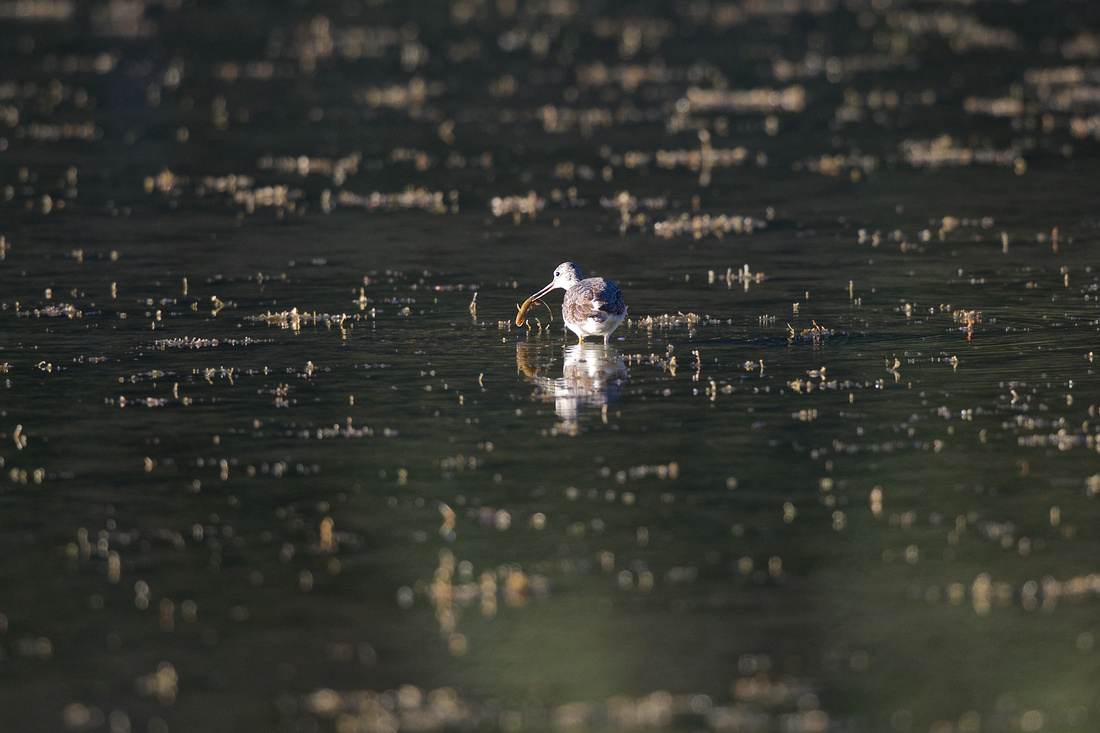 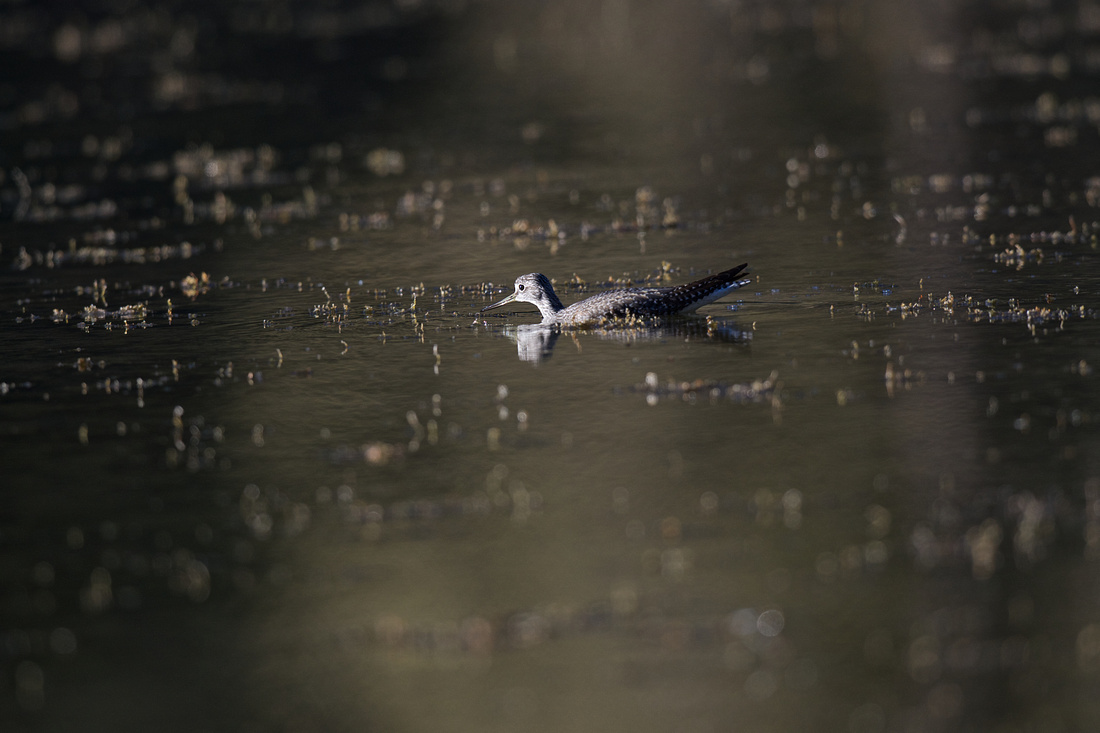 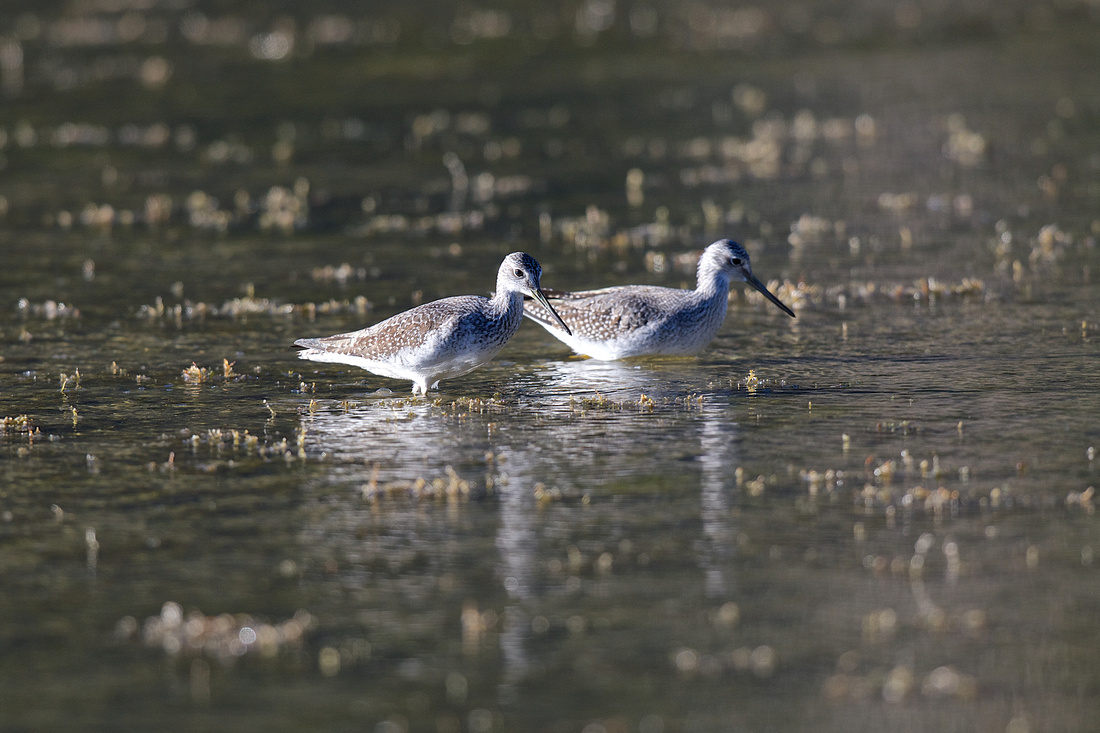 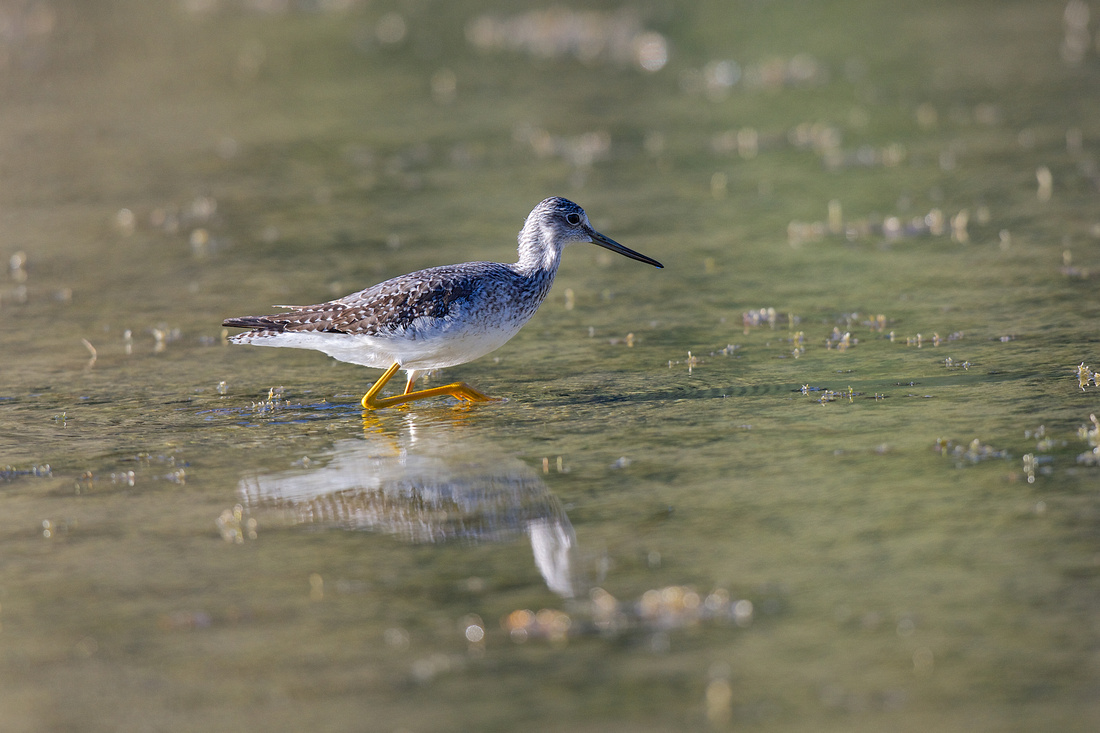 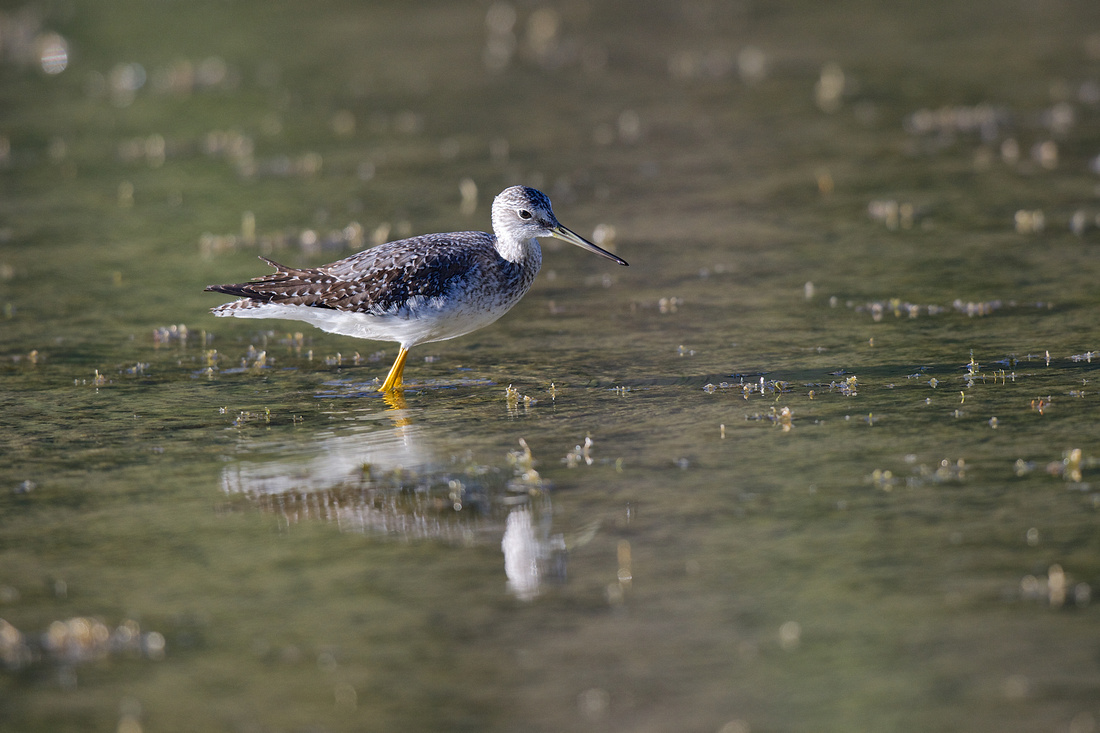 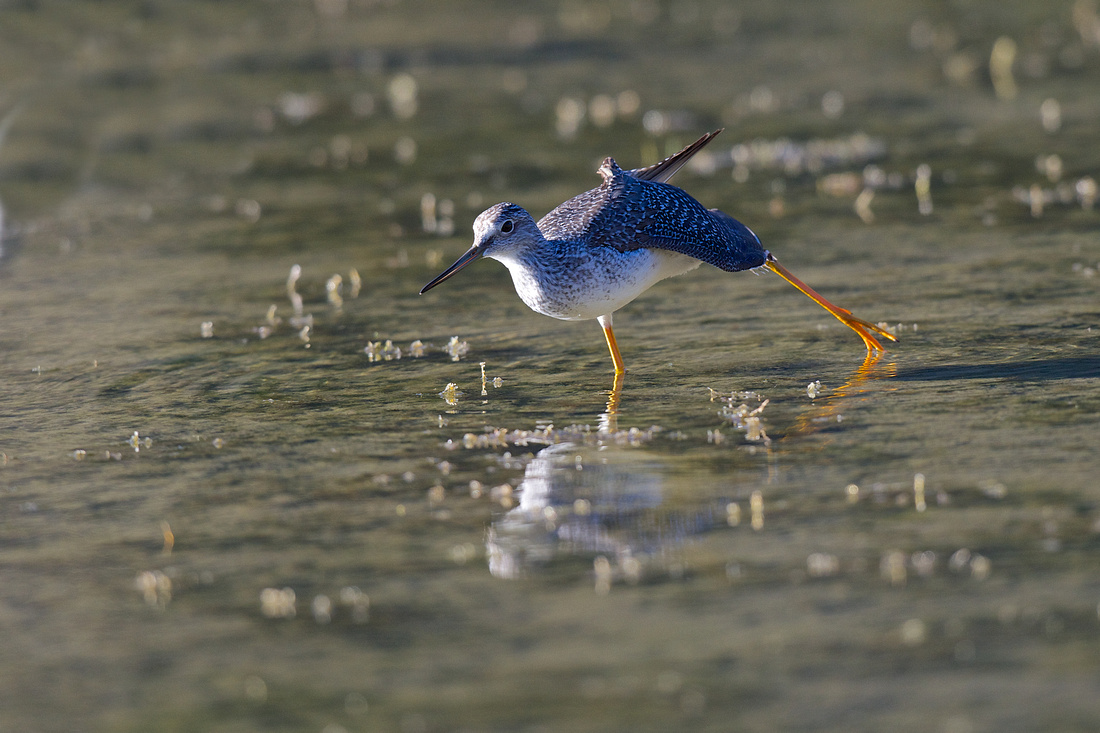 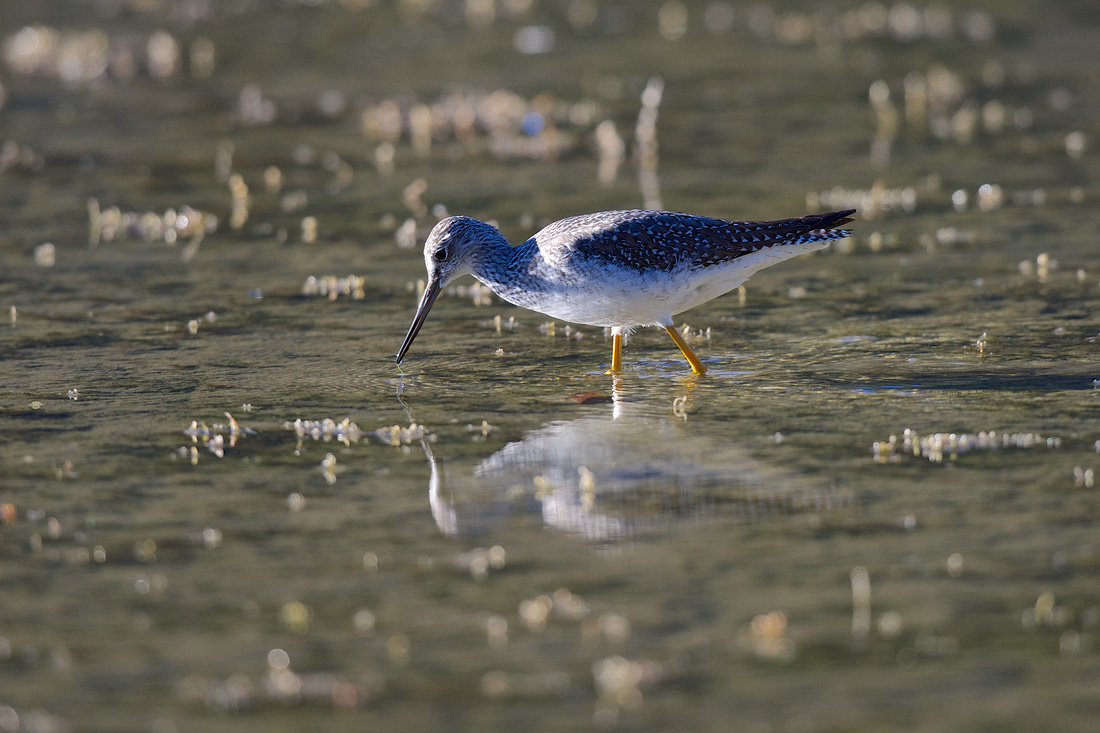 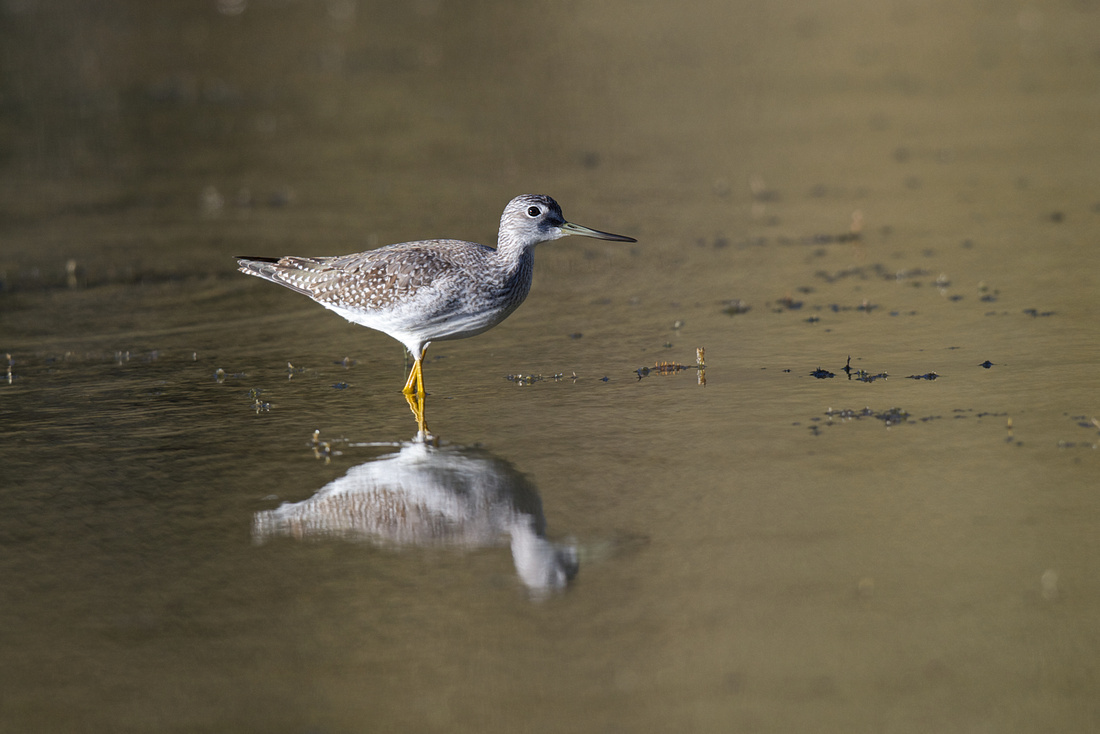 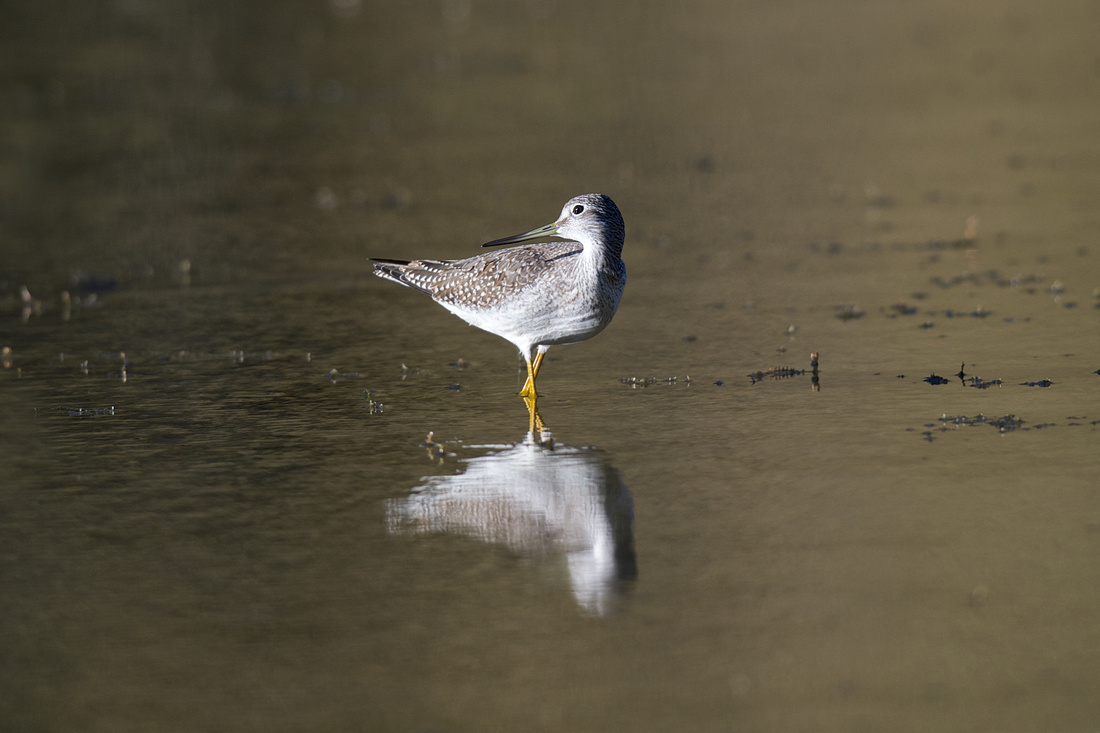 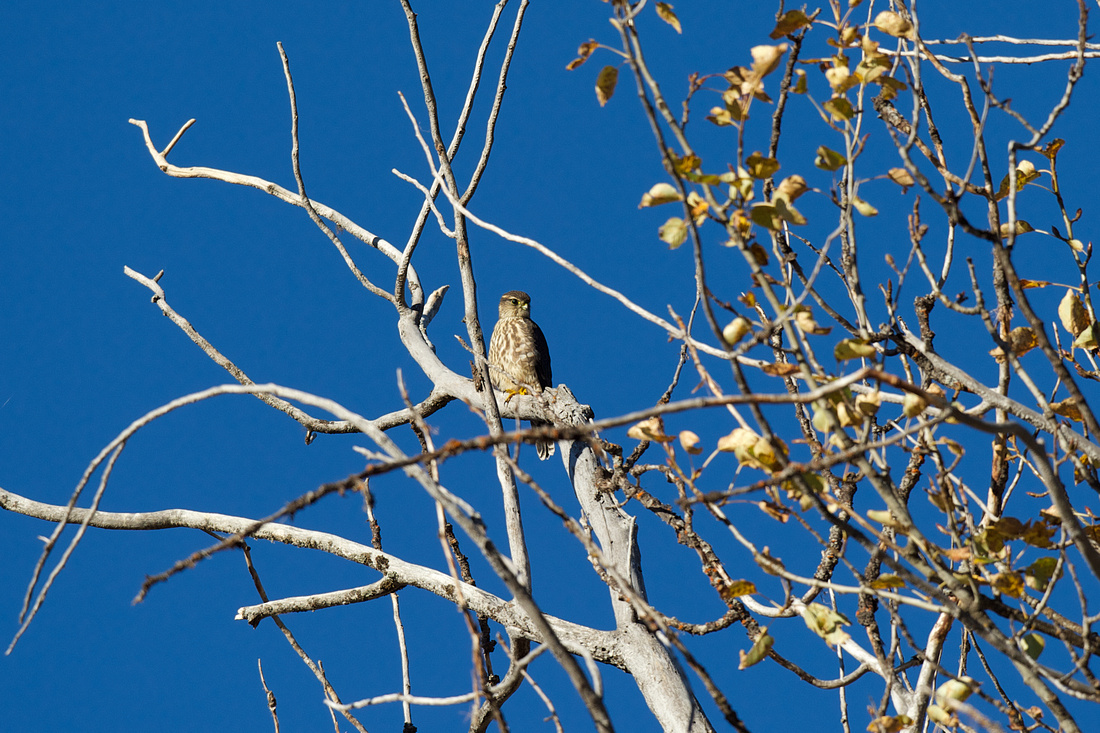 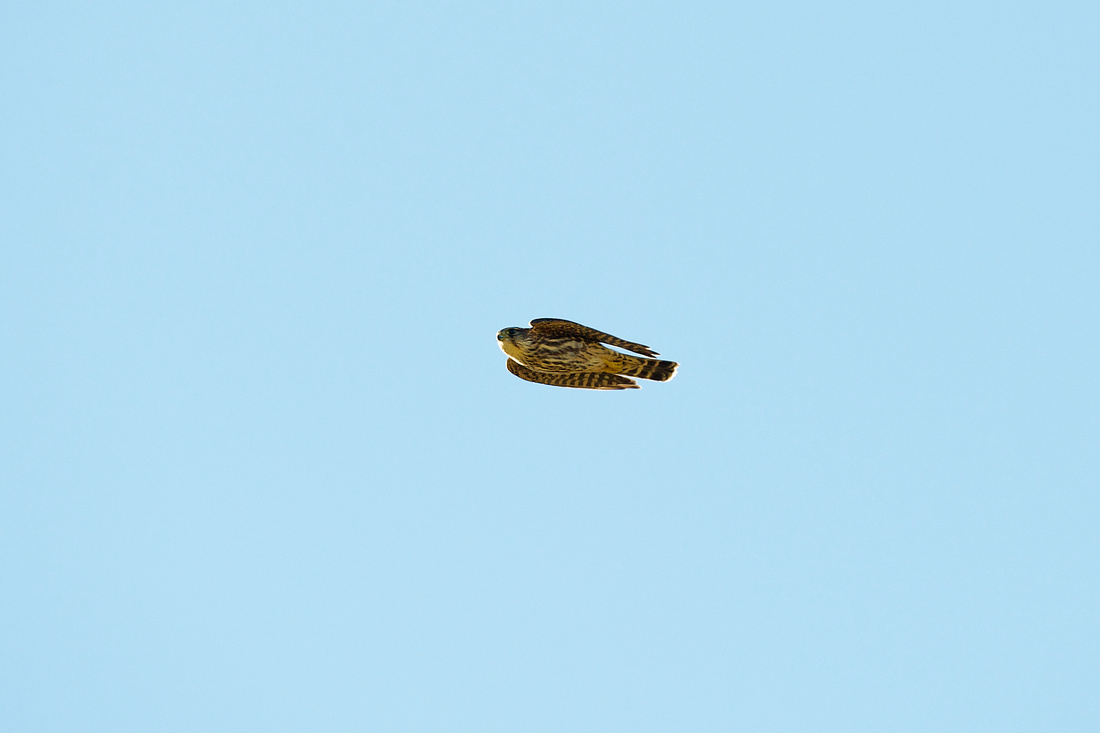 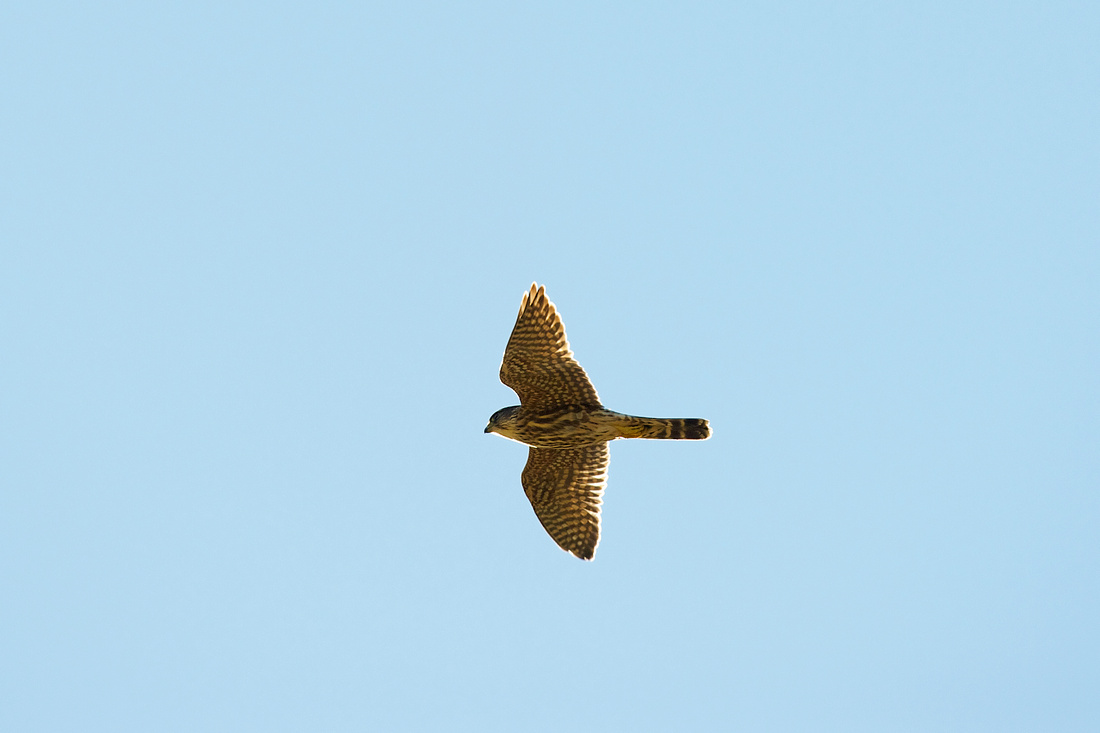 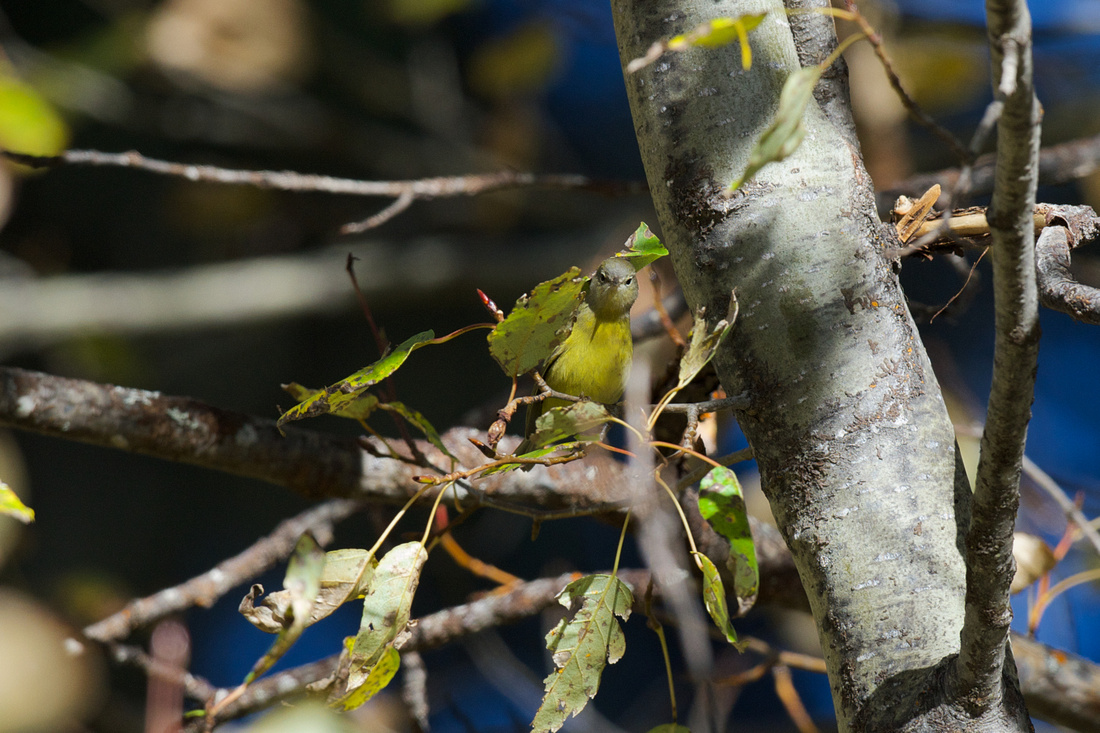 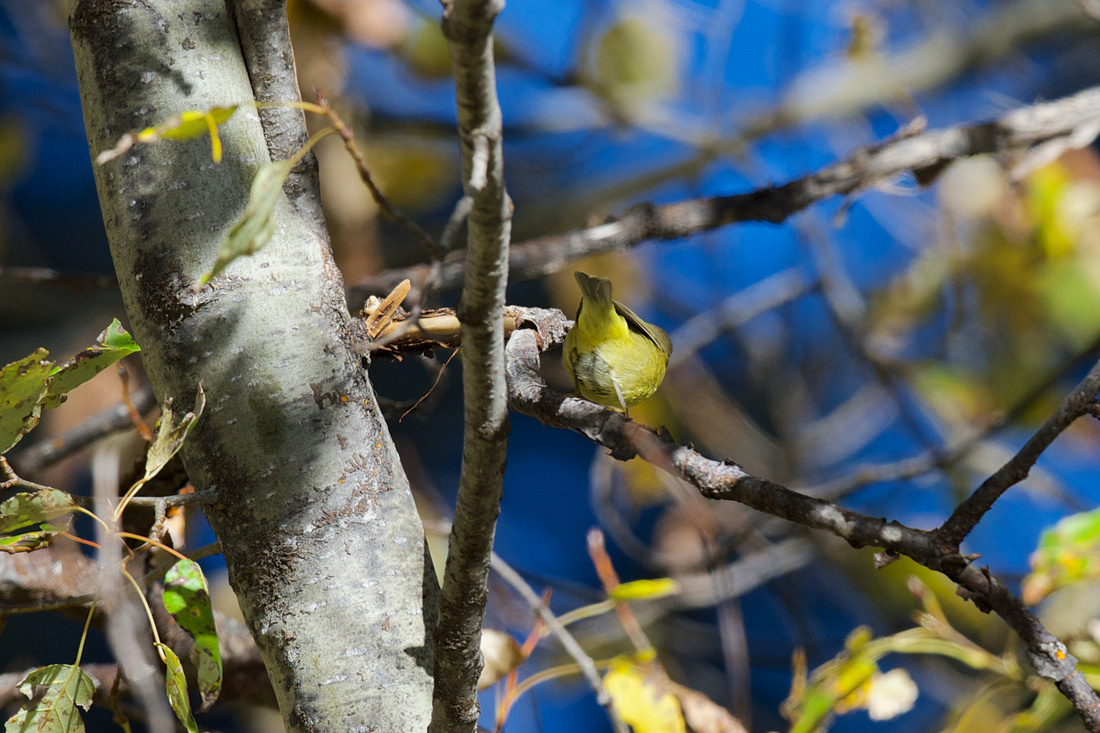 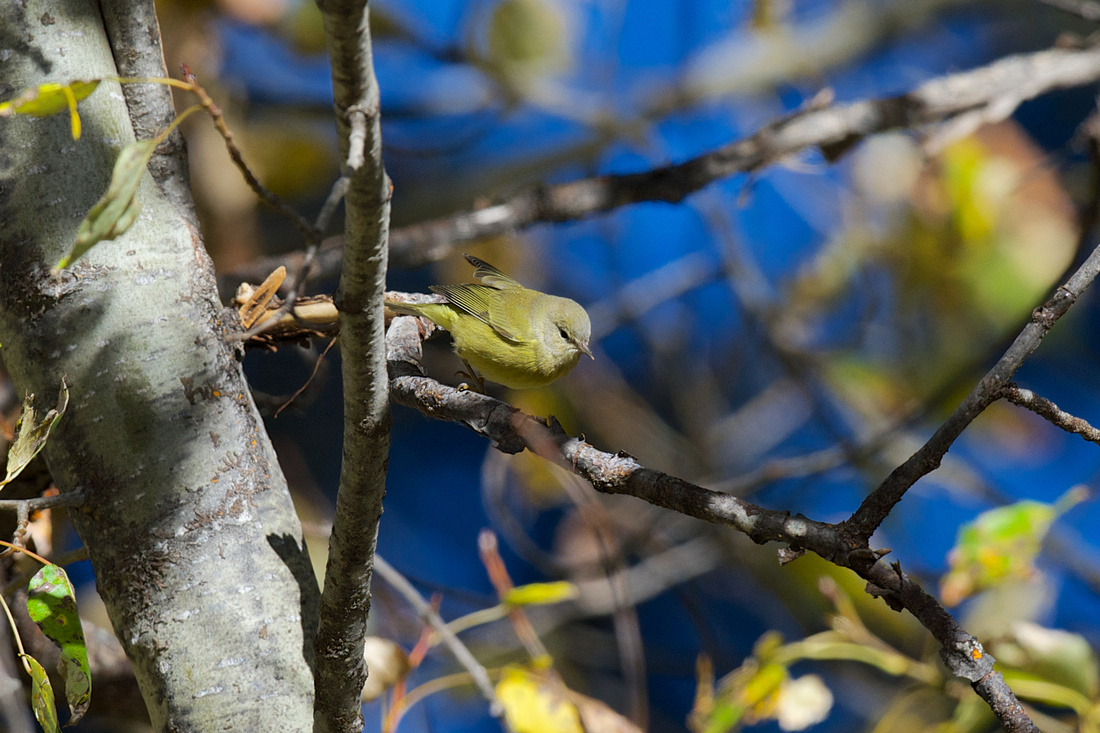 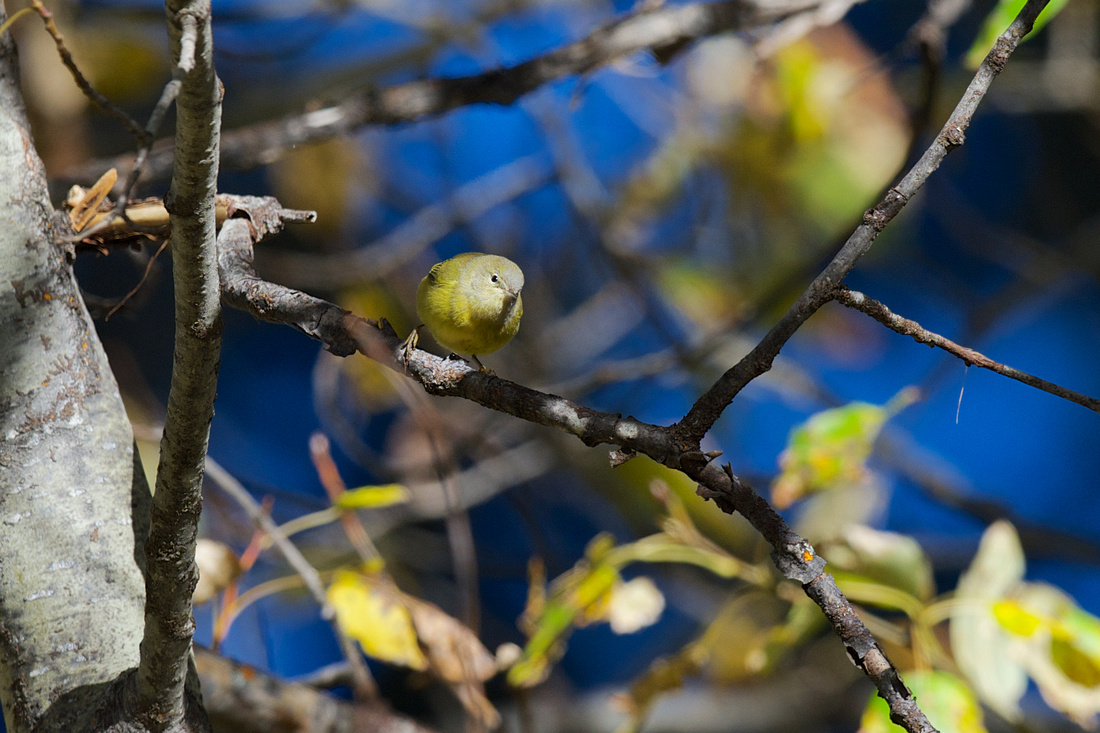 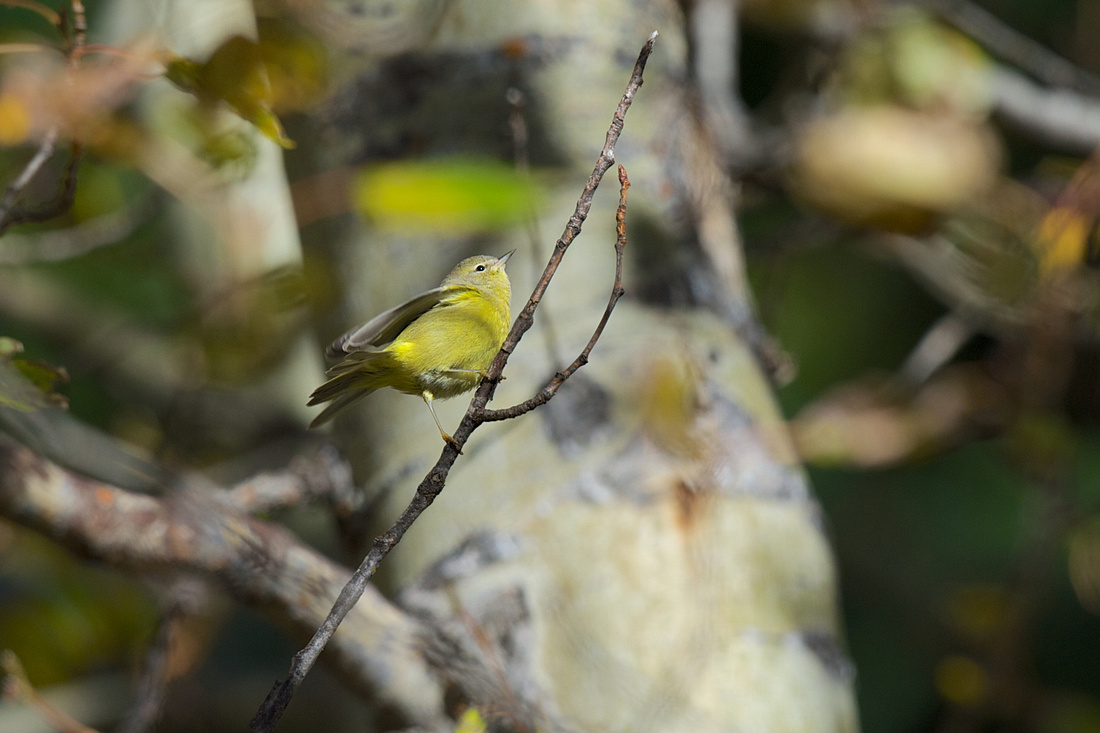 jack williamson
You know I am not entirely certain. I read Yellowlegs will eat fish from time-to-time so that is what I thought it was eating. I interpreted the "legs" to be fins - but then again I will go back and take a much closer look and let you know what I find. Thanks for posting your comment.
Priscilla Sokolowski(non-registered)
I am wondering what that Yellowlegs was eating. It looked like it had legs and a tail, which would make it a newt or salamander; or else just a polyfrog -a bullfrog polywog going through metamorphosis. Are bullfrogs known to be up there? Our newt in Oregon, taricha granulosa granulosa, has a nerve toxin in its skin which paralyzes anything which eats it, so its not likely a newt. Very very few critters would eat one of those. Most salamanders are terrestrial except for the ambystomid family laying eggs in water in late Winter. Those adults leave the water right away and the eggs mature in Summer, at least at lower elevations. Perhaps the larvae mature later up there. Long-Toed Salamanders are our most common ambystomids, so if it wasn't a bullfrog polywog, I suppose it was most likely a larvae of long-toed salamander.
BrandynSix(non-registered)
Great photos of the yellowlegs!
No comments posted.
Loading...
Subscribe
RSS
Recent Posts
Grand Island - Yamhill County Deschutes River State Recreation Area Polk County GYRFALCON Central Oregon Hotspot - Whiskey Springs Then and Now Suttle Lake - Easy to Enjoy - Often Overlooked Black Butte Swamp Veery River Island Natural Area Bank Swallow Colony - Take 2 Western Meadowlark: Habitat - How Much is Enough Fryrear Canyon - A Protected Nesting Area for Birds of Prey Lincoln Sparrow Lost Lake Linn Co. Oregon
Keywords
Cooper's Hawk Warblers Barred Owl Oregon City Black Butte Ranch Wilson's Phalarope Wilson's Snipe Oregon Spotted Sandpiper eastern kingbird
Archive
January February March April May June July August September October November December
© jack williamson
User Agreement
Cancel
Continue