We chased but did not find the Little Bunting spotted in Joseph, Oregon 28 January 2013.  The species rarely occurs in the continental United States; so as you might expect, there was an influx of high caliber birding talent to the area to look for the bird.  With all that talent roaming around it was a pretty sure bet that we would come home with at least a couple new species added to our life list, which of course we did.  One person asked us as soon as we got out of the car if we had seen the flock of Common Redpoll mobbing the feeders at a house a few blocks away - we said (thank you) no - then quickly scrambled through the icy streets to watch redpolls and assortment of other birds for about 20 minutes before resuming our quest for the Little Bunting.

One of the many highlights of our trip was meeting Randy Knapp, a biologist with a good deal of knowledge and experience with raptors who was kind enough to point out a Merlin that was hanging around town, and then very casually also tell us about the Northern Pygmy Owl that was being seen at wayside off the road to Wallowa Lake. Both these tips resulted in wow! moments for us.  Randy, you'll probably never see this post, but on the off chance you do - Thank You!

The Northern Pygmy Owl pictured below was very tame, it let several photographers approach quite close without flushing.  This species has been at the top of our wish list for almost a year.  To come away with eye-level unobstructed views of this bird was incredible.  At a mere 6.75 inches long, Pygmy Owls are smaller than the White-crowned Sparrow. 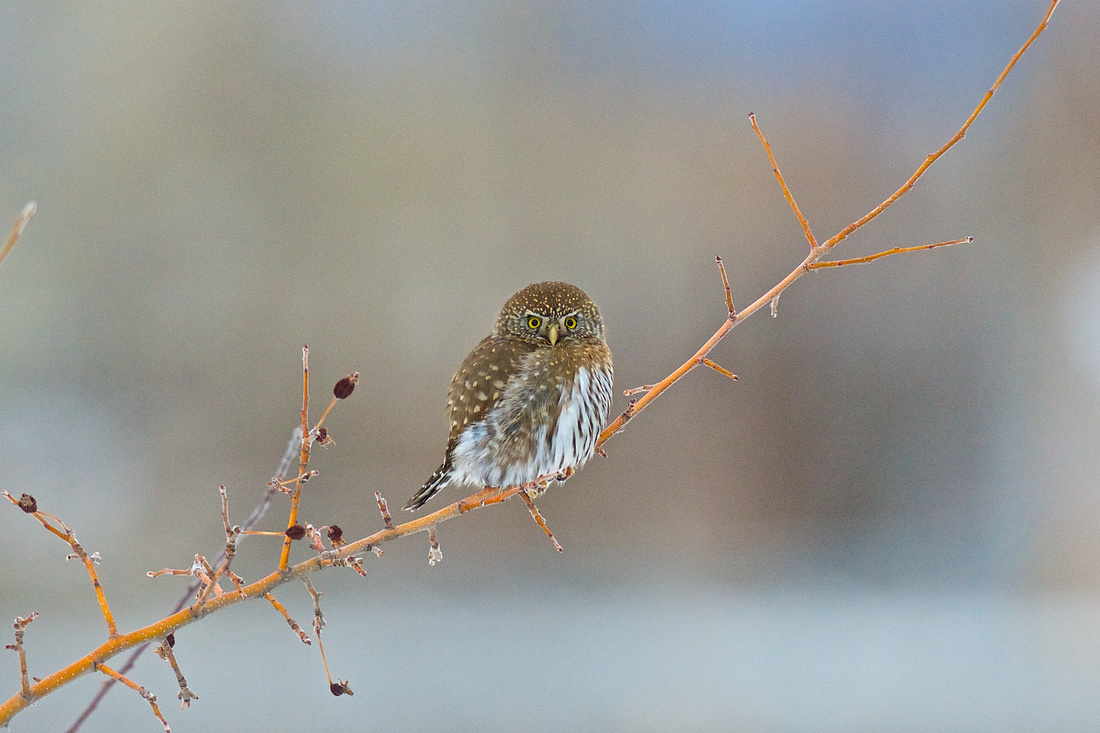 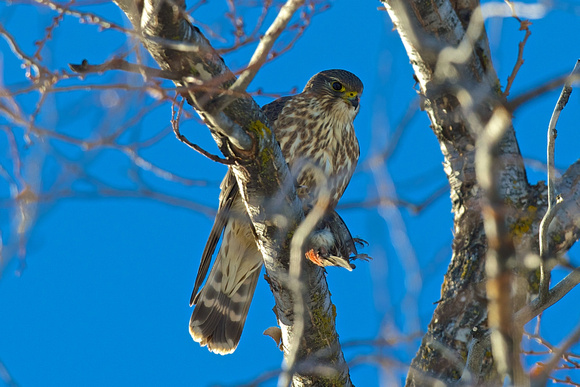 The Merlin that Randy Knapp pointed out to us during the first day made a big bold appearance the next day.  It came off a high perch stooping over us before making a 180 degree turn to take a House Finch out of the air less than 20 feet away.

This bird was ferocious!  It landed in a nearby tree, quickly dispatched the House Finch and then, seemingly, declared victory by shrieking loudly.  It wasn't a pretty sight, but it certainly was a memorable one for us.

The view of Eagle Cap Wilderness from the parking lot of our motel the morning of our second day in the area. 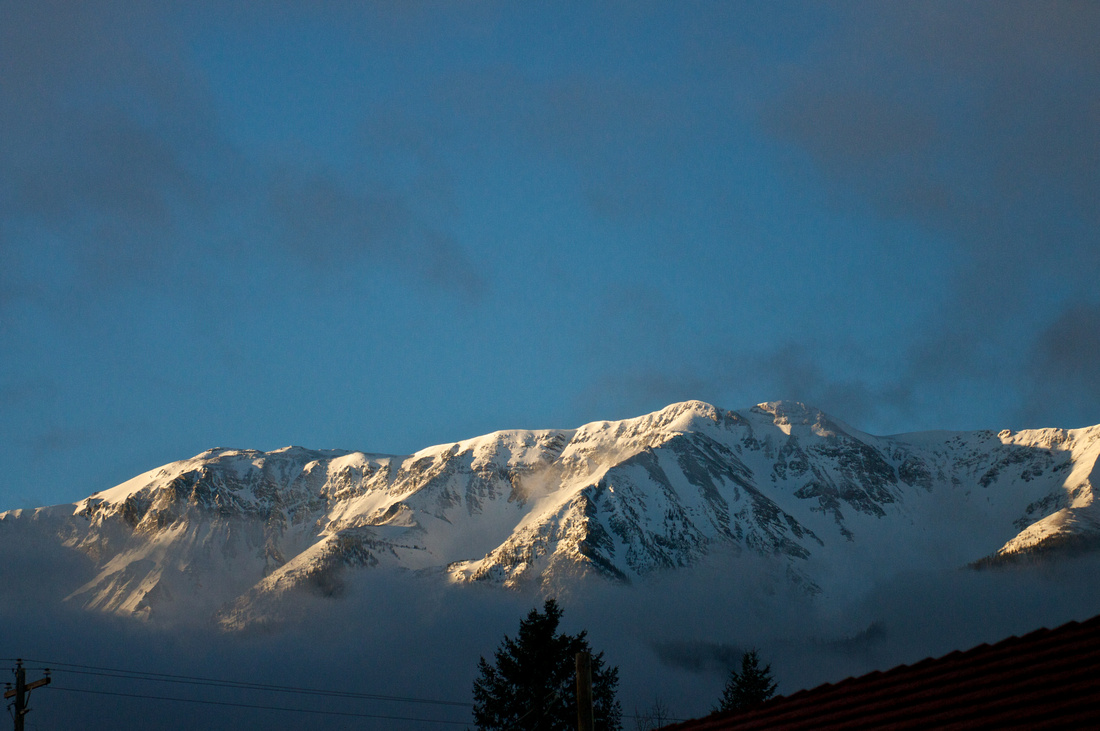 Looking up into Eagle Cap Wilderness from our hotel parking lot

We'd rather bird with good food than without.  Our top dinning recommendation for the entire valley is Embers Restaurant & Pub in Joseph. The gourmet quality of the food is other-worldly, and the proprietor Teresa Sajonia is a first class host.  We felt like family by the time dinner was over.    Our top pick for breakfast on the road anywhere off the beaten path in Oregon is by far the Friends Restaurant in Enterprise.  They serve the best hash browns either of us have ever tasted, the bread was to die for even without the home made jam, and the coffee was delicious. 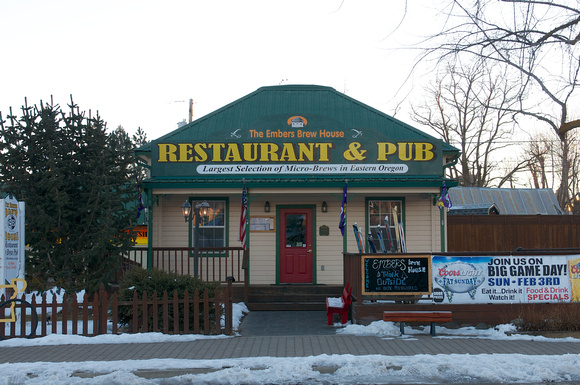 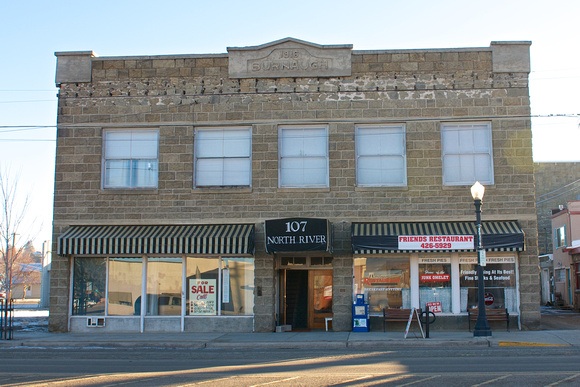 We stopped at Reinhart Canyon on our way home for a walk, and to see if we could add one more species to our life list - and sure enough we got lucky again and came across six Pine Grosbeaks foraging on the edge of the trail.  As I was taking pictures, an unidentified small raptor flew in a took one of the Grosbeaks just a few feet away from Jill.  I think she's done with the predator thing for awhile. 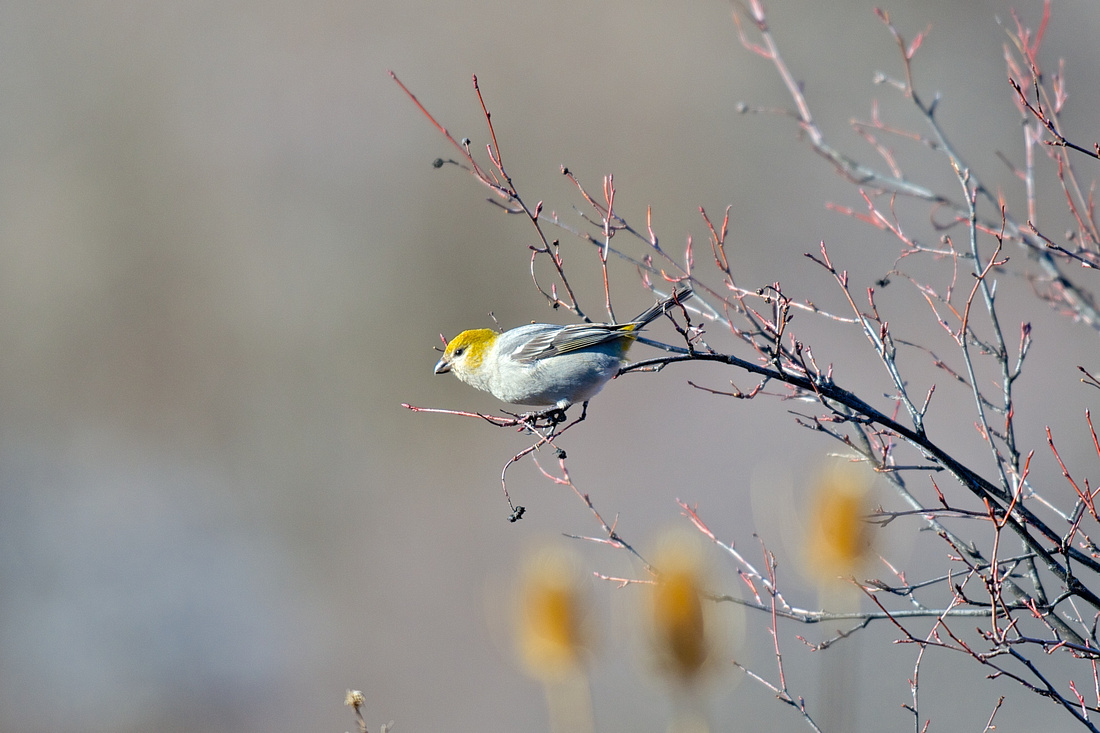 Click the Icon at the center of the map for directions to Joseph, Oregon