Looking west from the public viewing area.  The banding station is located at the top of the ridge to the right. We were fortunate and received permission to visit the banding station within just a few minutes of our arrival.

Entrance to the banding station: 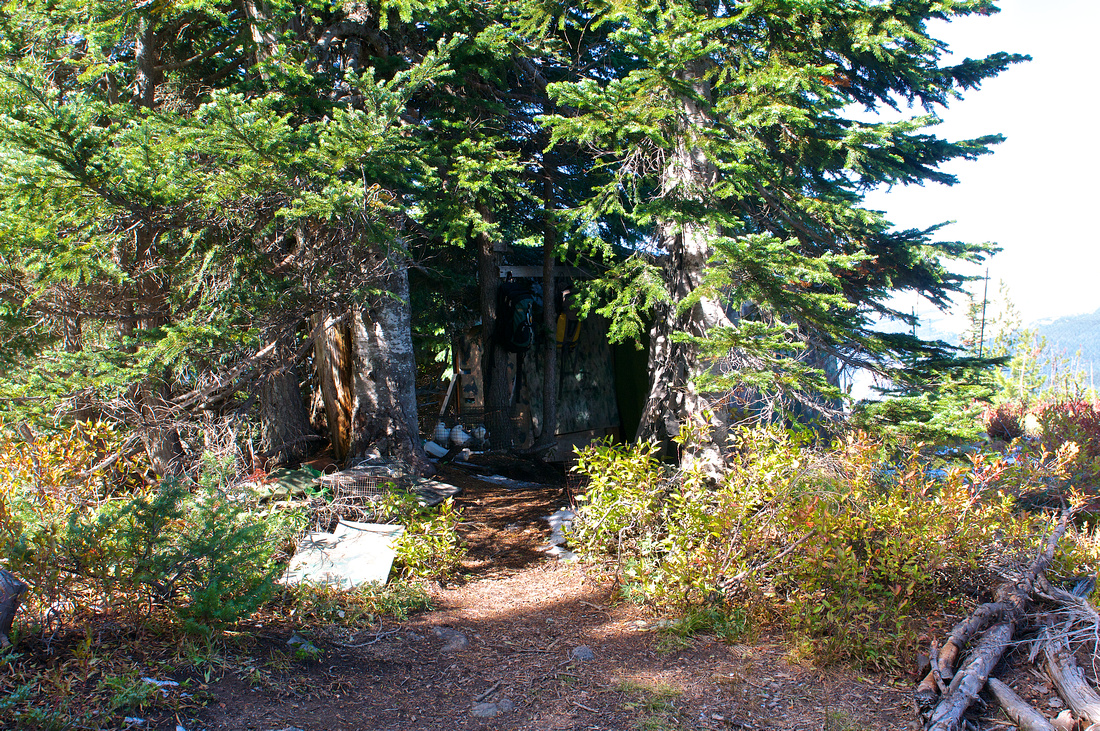 They were just finishing up with a second year SHARP-SHINNED HAWK when we reached the blind: 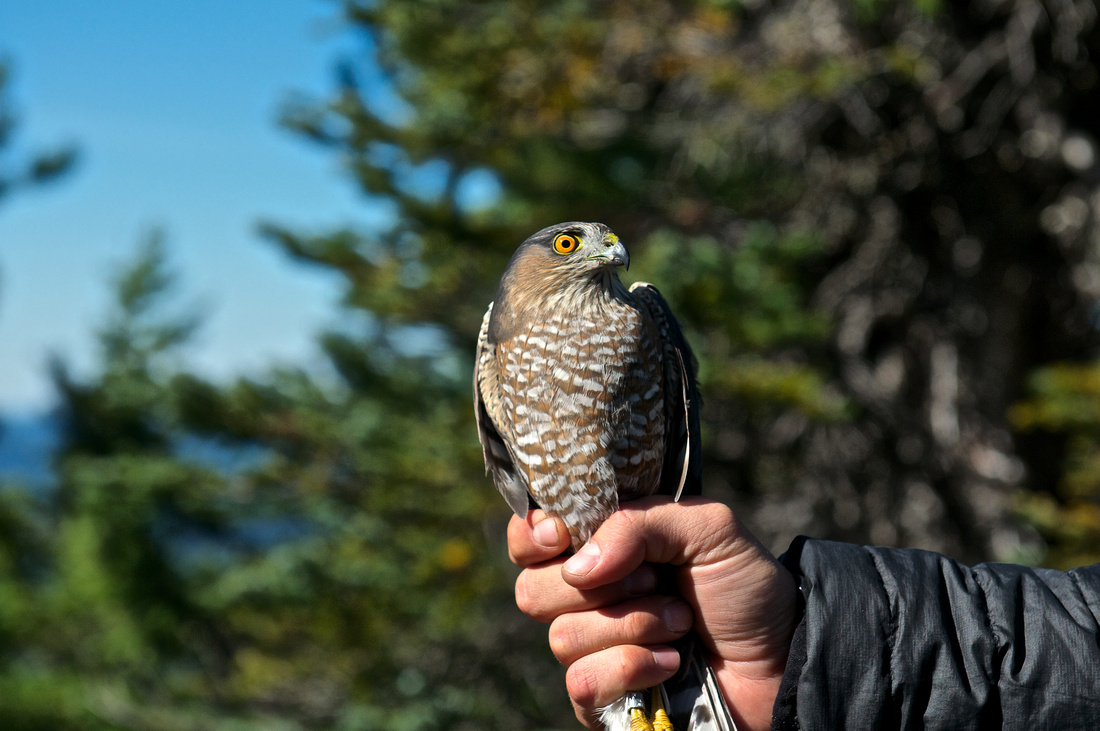 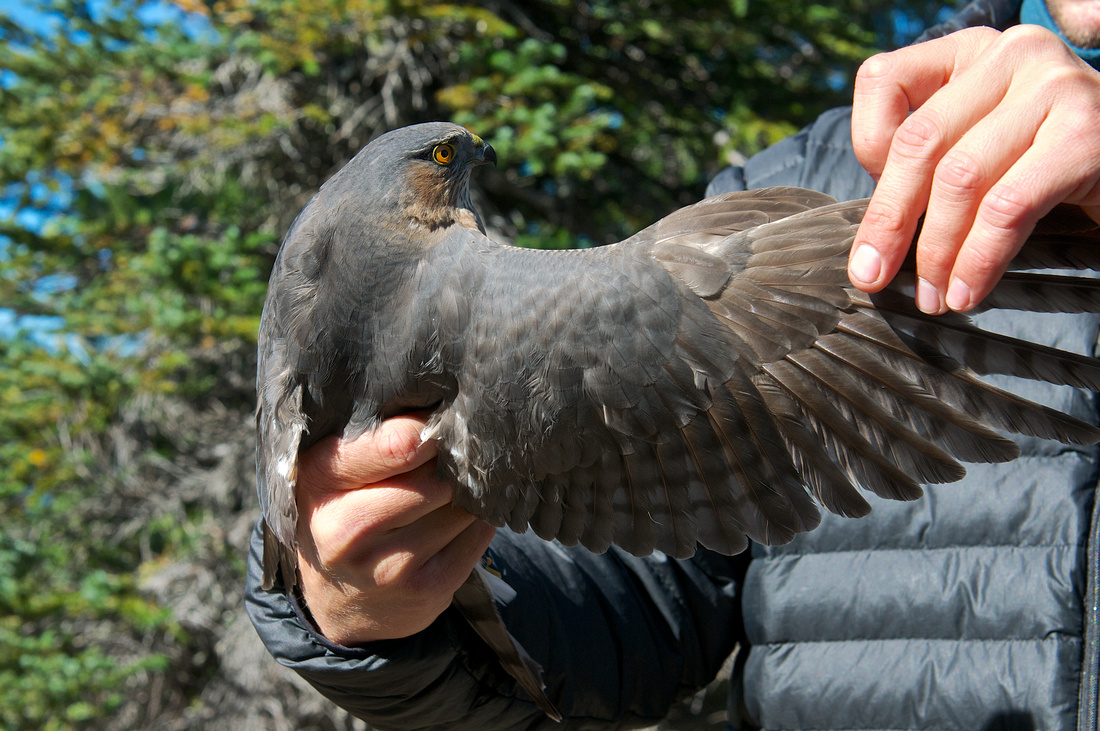 That's Mike Bogar getting ready to release the Sharpie: Slideshow of a hatch year RED-TAILED HAWK caught in the bow trap, then banded and released. Look for the pigeon in frames 3 and 4, it was what lured the hawk into the trap (accompanied by short looping soundtrack - turn up your volume :-) The best bird of the day. A FERRUGINOUS HAWK. 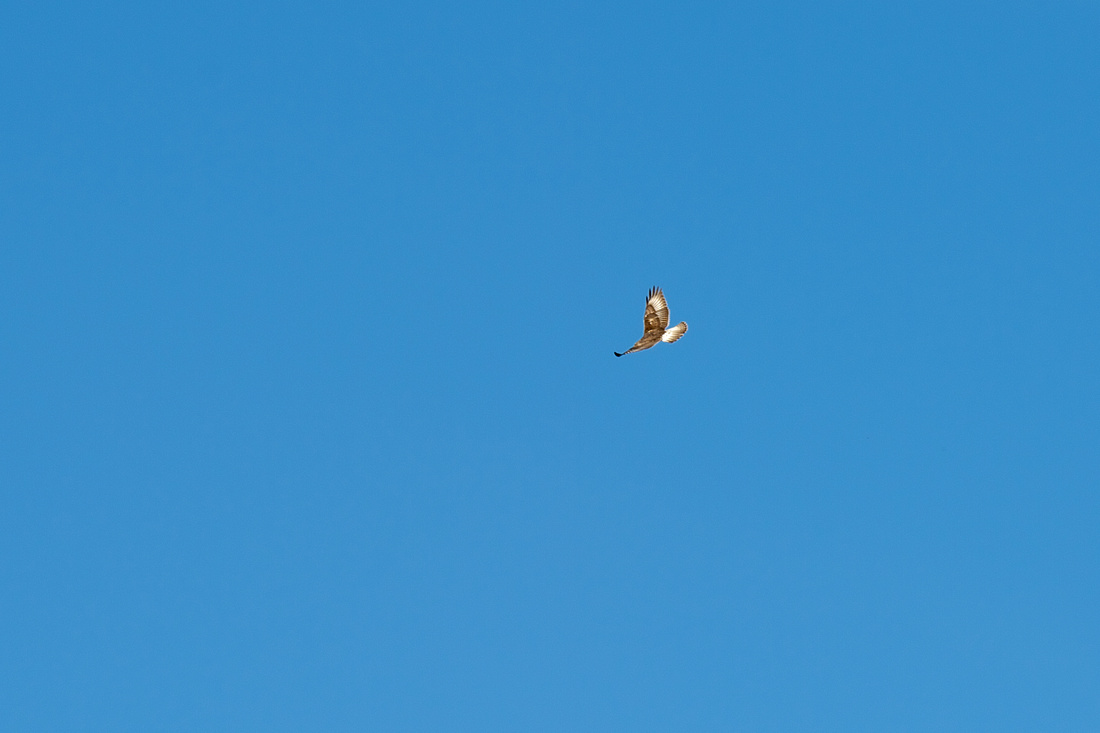 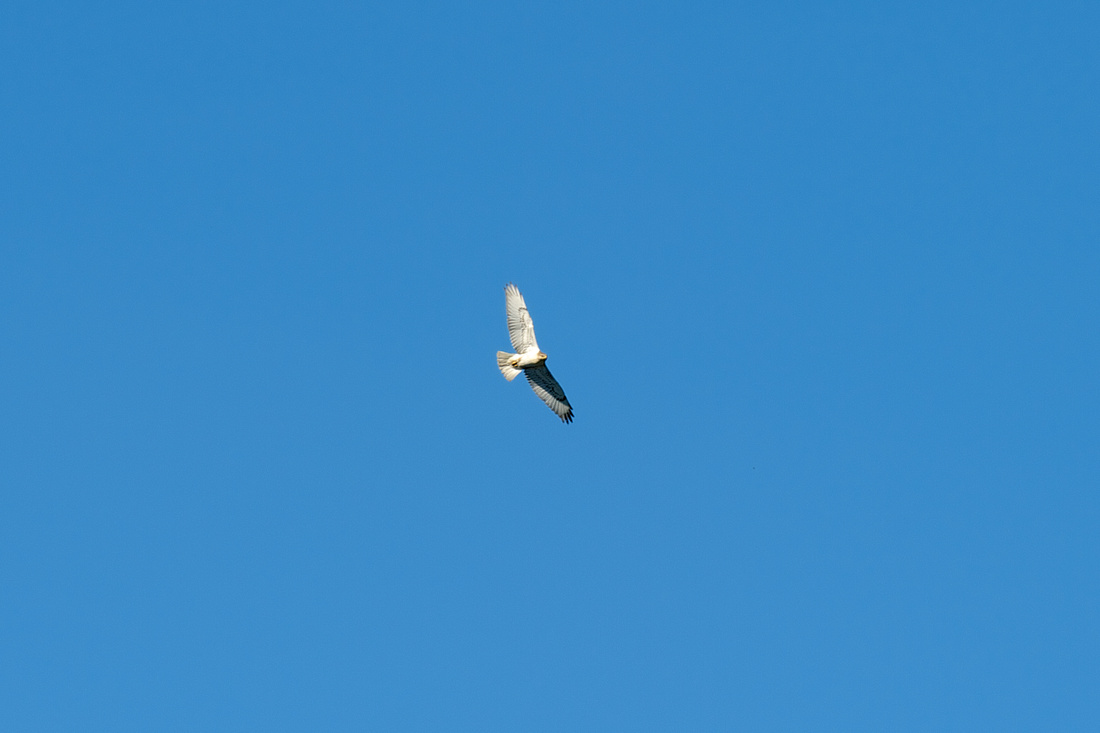 My sincerest thanks to the very kind, informative, folks working this Hawkwatch International migration research site; to Jeremy, Mary, and Tom who tallied species as they flew by, and to Dan and Andrew manning the banding station.

Google maps has a strong tendency to provide directions to the route that approaches from the north. We suggest you avoid the route in from the north to save yourself the drama of the "terrible traverse" - a passable but white-knuckle narrow road crossing a high ridge that I was going to name sphincter pass before hearing the more family friendly moniker.

Guess which way I went?

The green arrow marks the spot of the butte.

Below are a few miscellaneous images I thought I would throw in at the last minute.

Probably the closest I will get to the summit of Mt. Hood ;-) 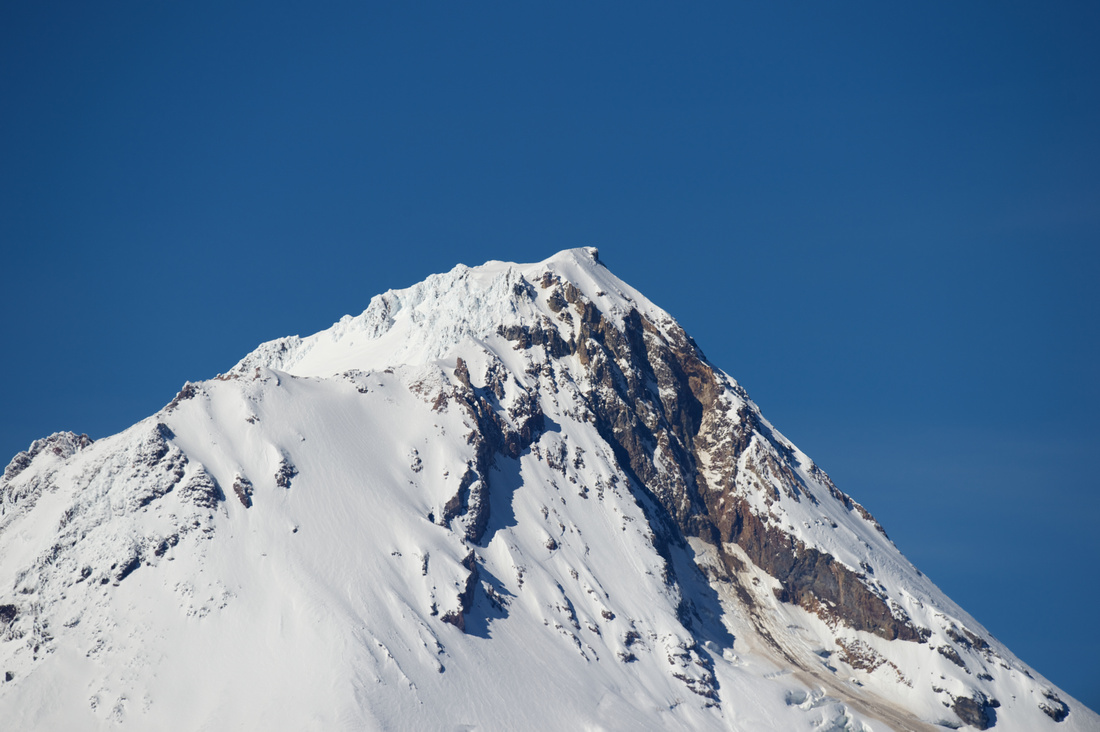 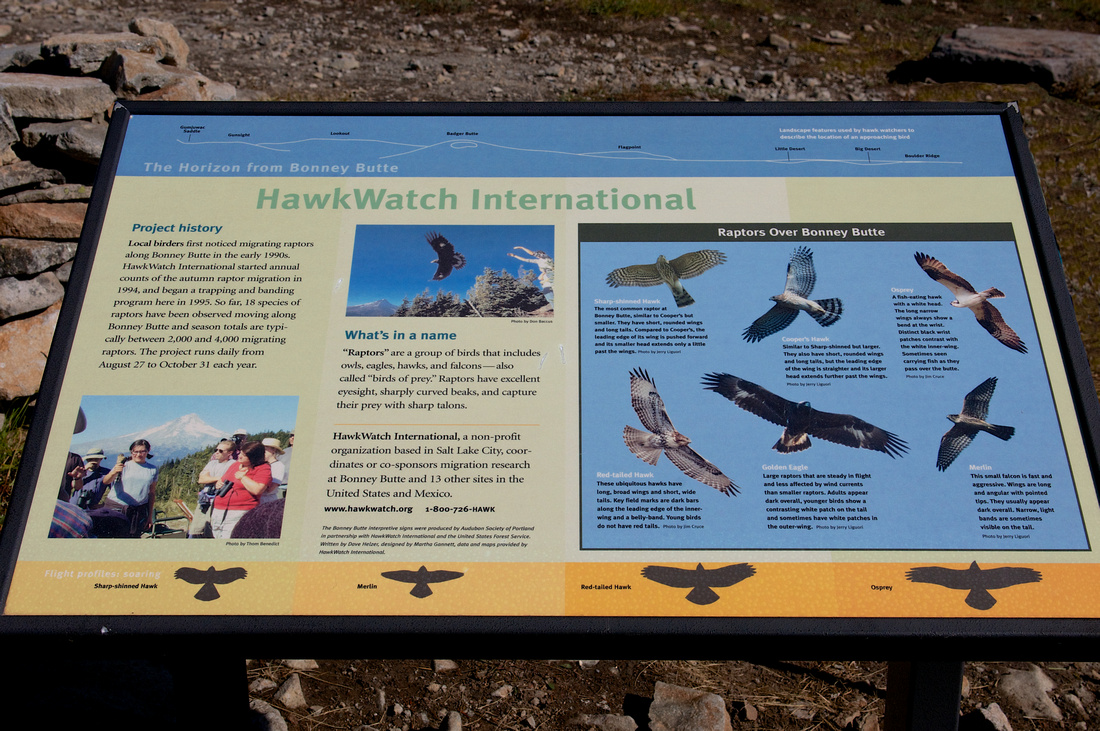 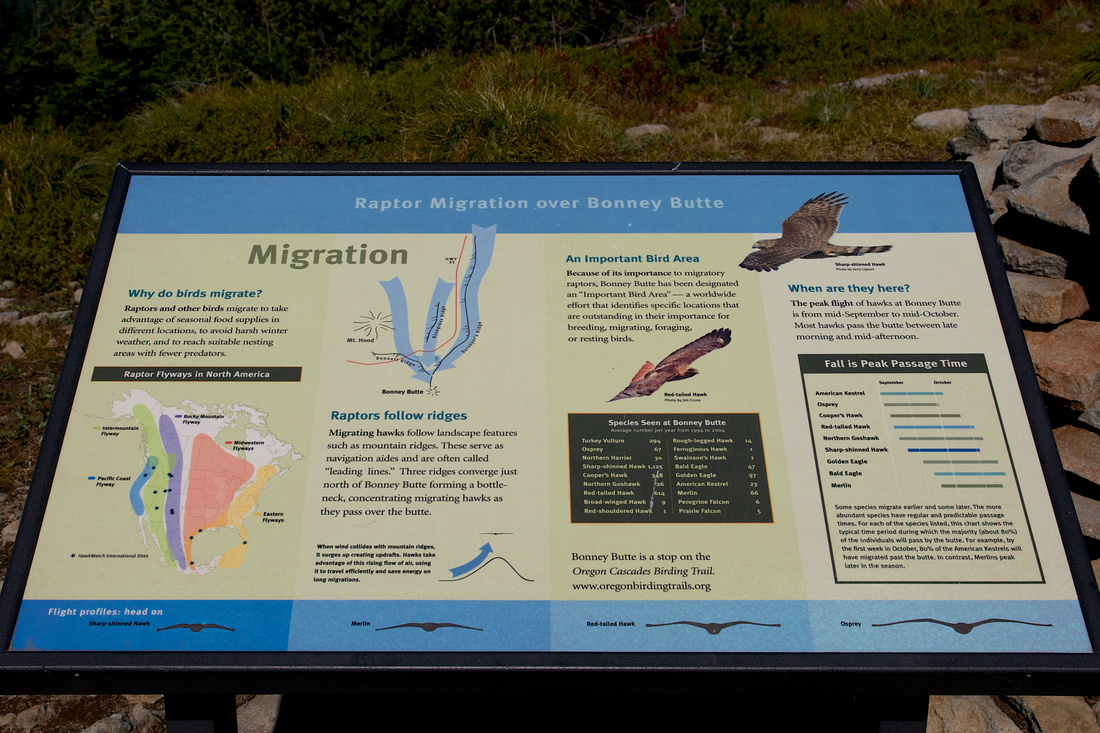 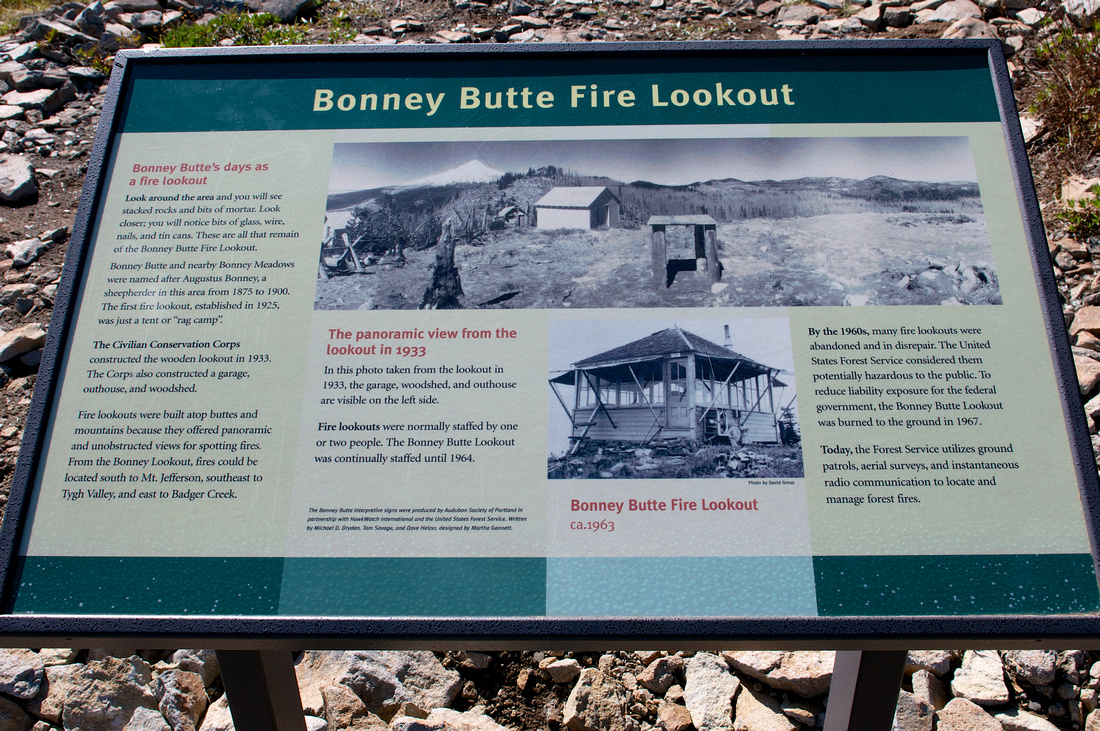