On 25 November 2018, Eric Carlson found a pair of Eastern Bluebirds in the middle of a now long-defunct golf driving range that my younger brother and I used in the late 80's to practice our swings.

This was the first record of the species on the West Coast of the United States according to the eBird database, and if we are going to split hairs, it is the second-westernmost record of the species in North America by 5.223 miles.  First place honors for the westernmost sighting in North America goes to Penny Hall who found a lone male in Fort Nelson, British Columbia on 28 May 2009. https://ebird.org/canada/view/checklist/S5031095

The darker the purple, the more frequent the occurrence of the species in the eBird map below: 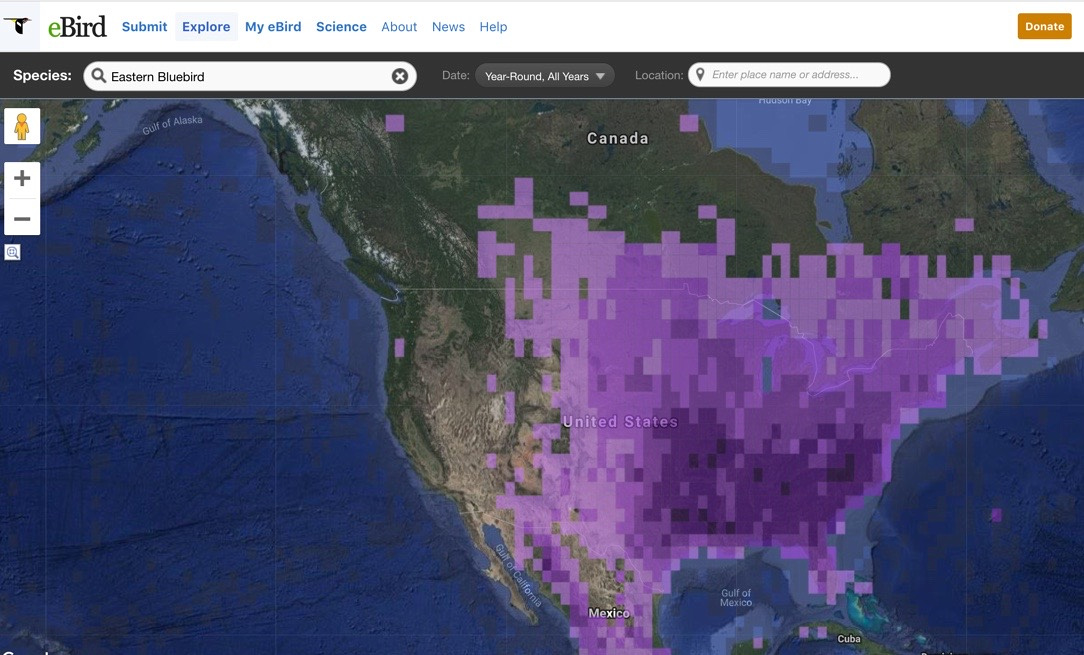 By most accounts, the 10 acre parcel of private property in the middle of Portland, Oregon looks like a good place for a pair of bluebirds to hangout undisturbed by people.  The property is bordered by a chain-linked fence and paved path to the north and private parking lot to the east, both of which are open to the public.  The coincidence between my experience with Western Bluebirds and the dimensions of the property led me to agree this was a good place for the birds.  I've found most non-breeding Western Bluebirds will flush when I try to get closer than a couple hundred feet - the path and the parking lot are 250ft and 320ft, respectively, from a small tree and pond in the center of the field that the birds regularly forage near. 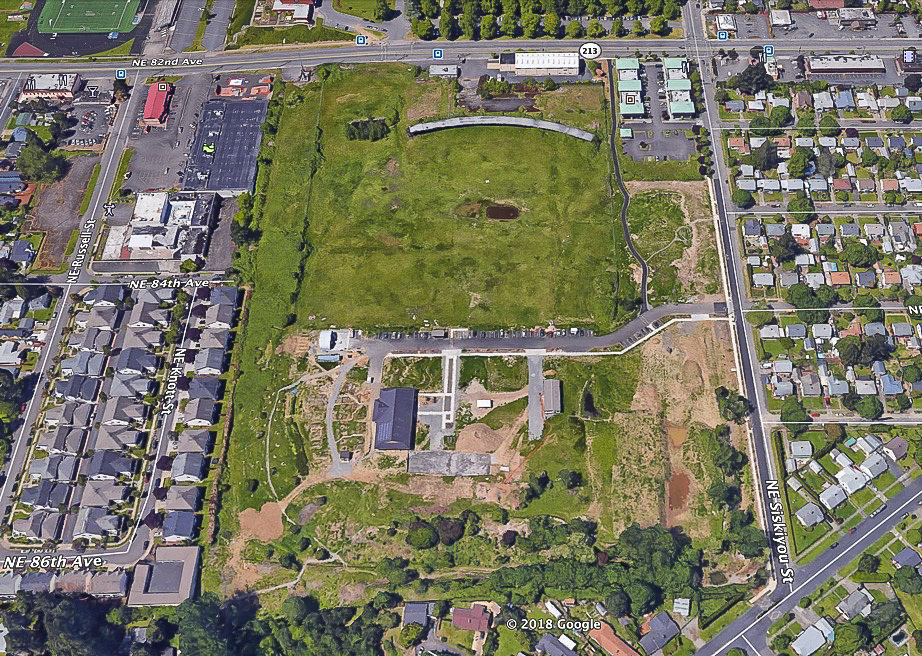 What none of us that descended on the site during the first few days following the report of this mega-rarity knew at the time was that the pair of vagrants were well habituated to people and close views were available in the garden of Dharma Rain Zen Center where quiet, respectful visitors are welcome during day light hours.  A window sticker on one of the cars in the parking lot that read "Fostering mindfulness and compassion in everyday life" was a great reminder for me as I approached the garden on foot during my fourth visit hoping to get a good look at these two amazingly wayward birds.  https://dharma-rain.org/ 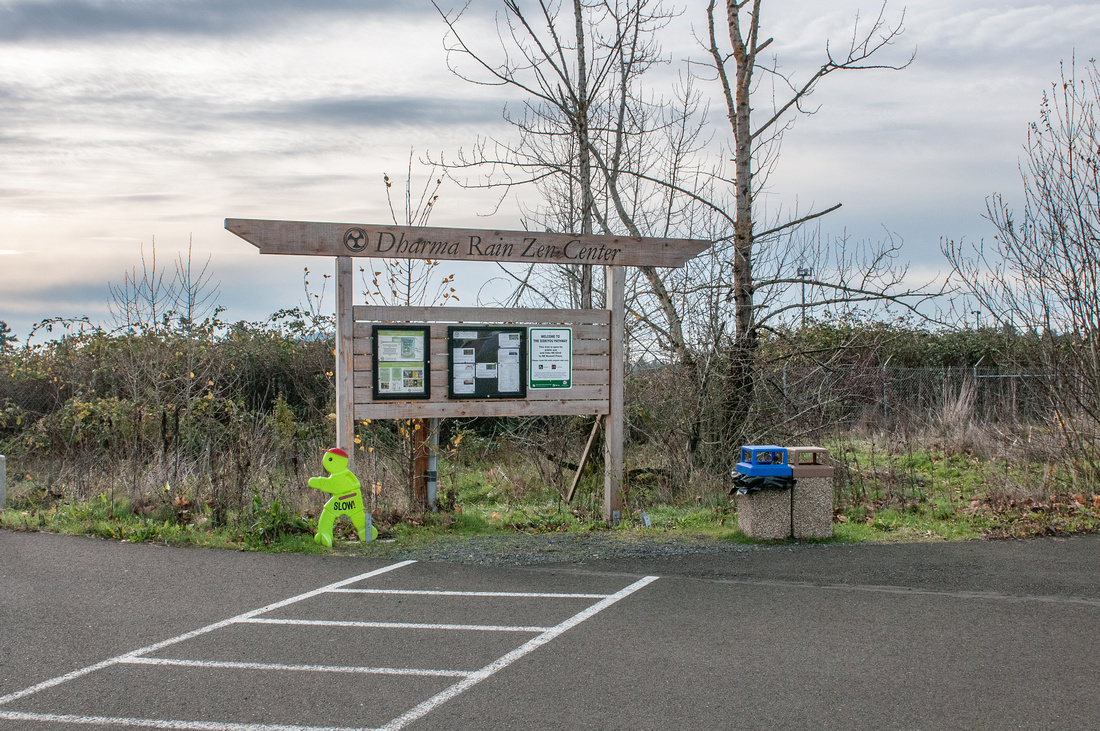 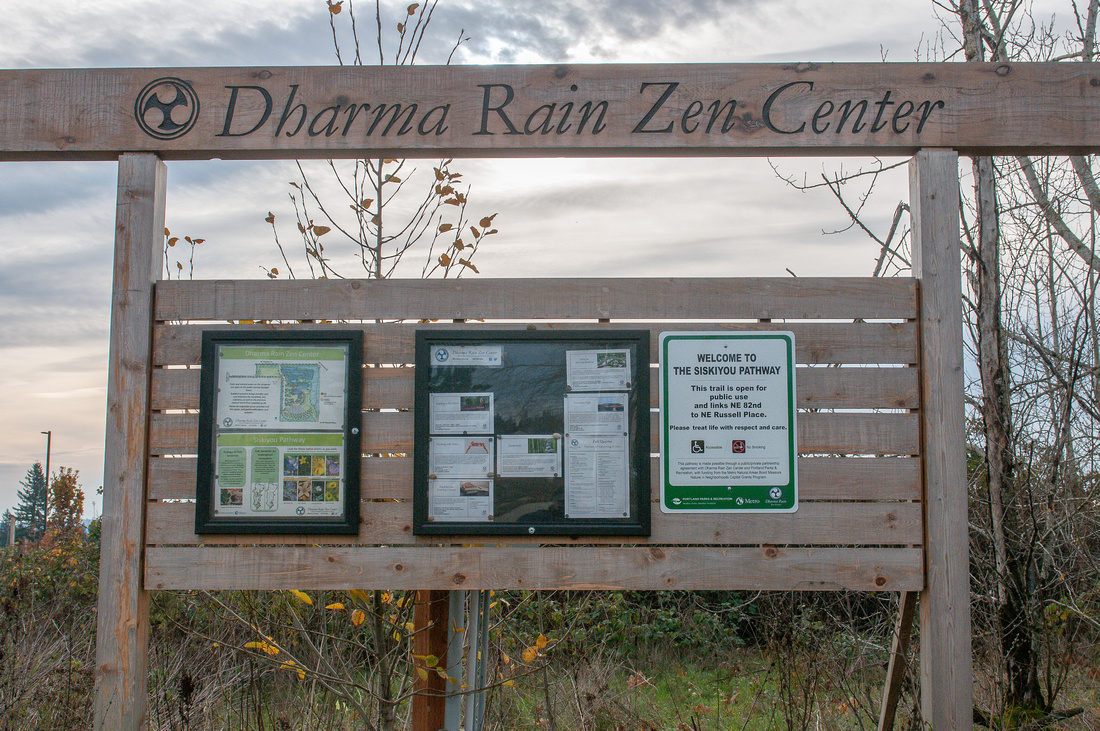 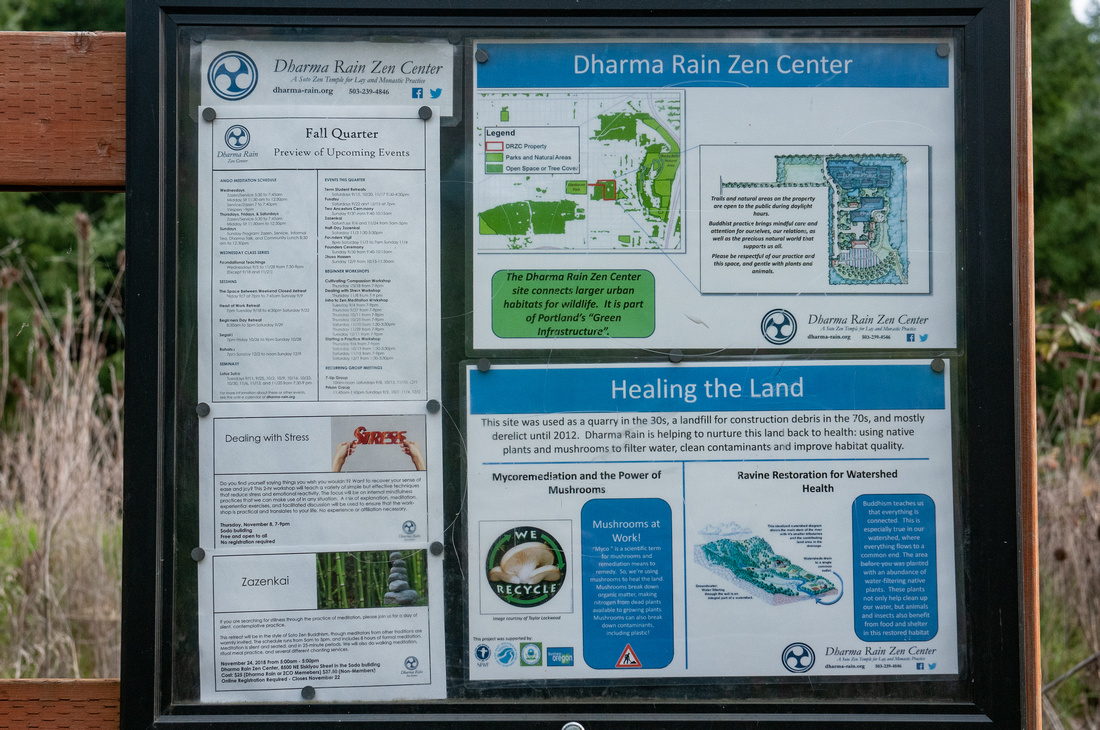 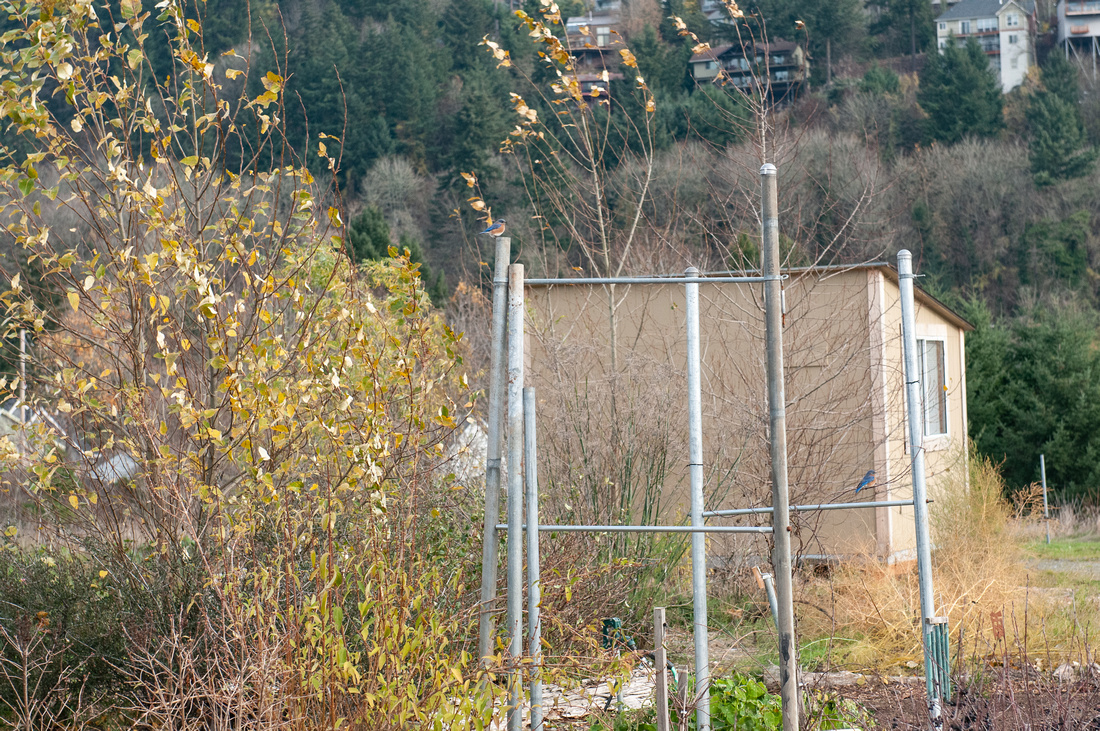 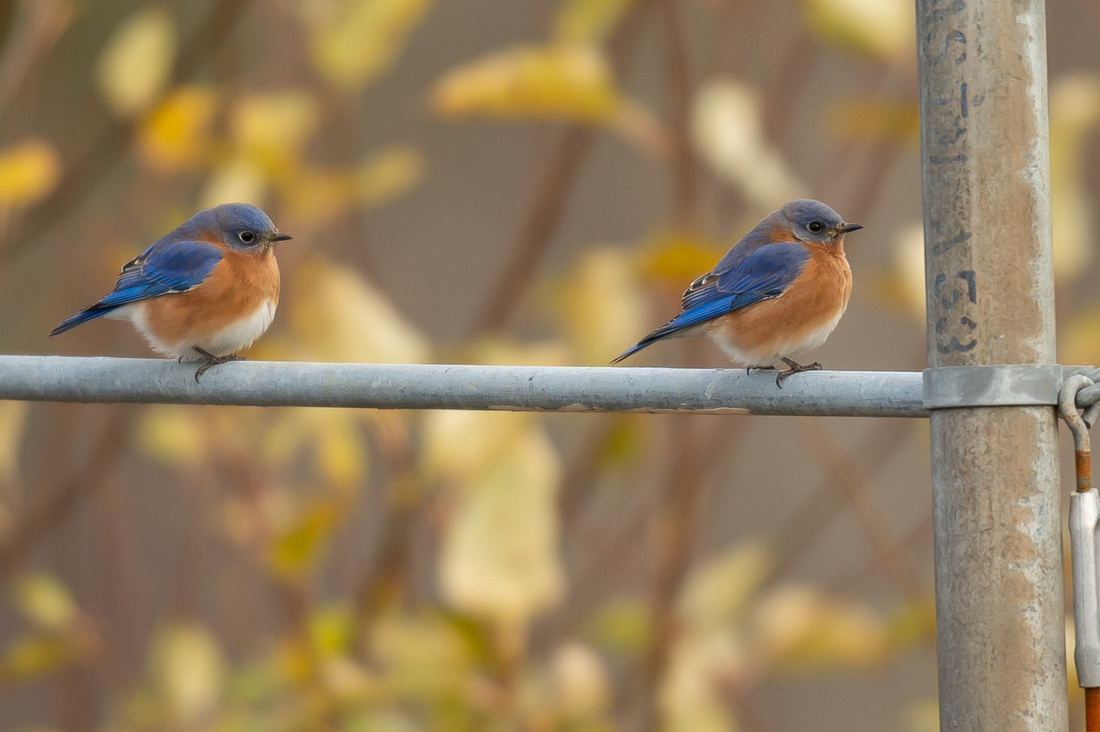 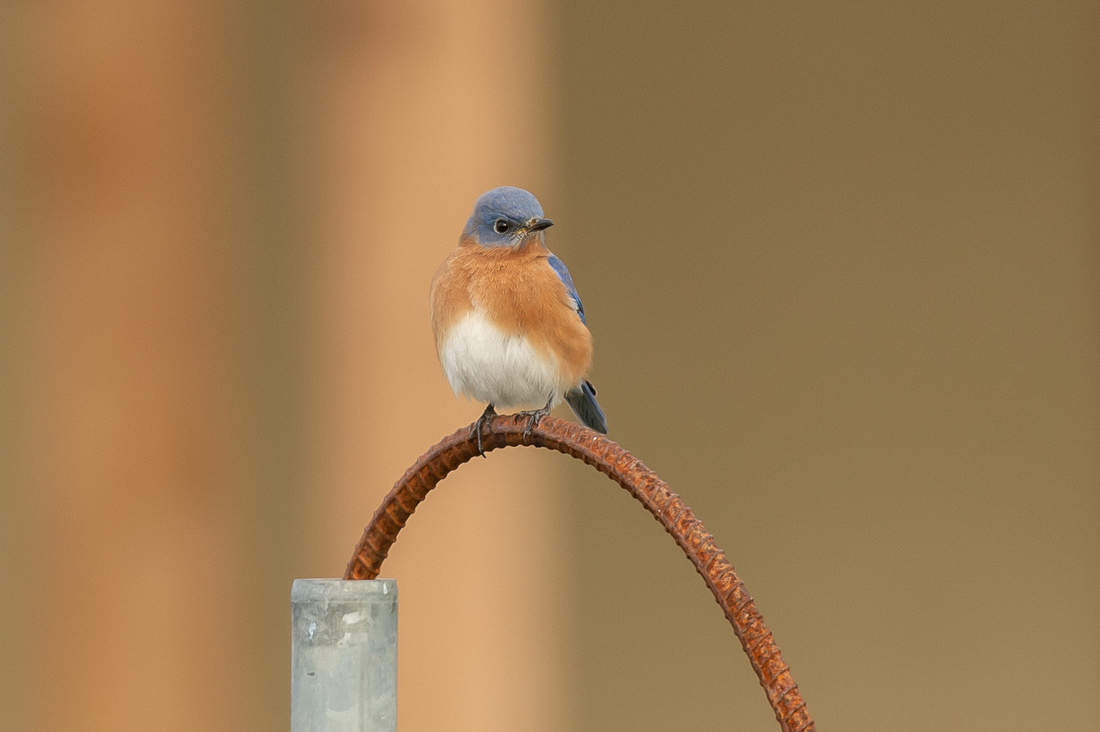 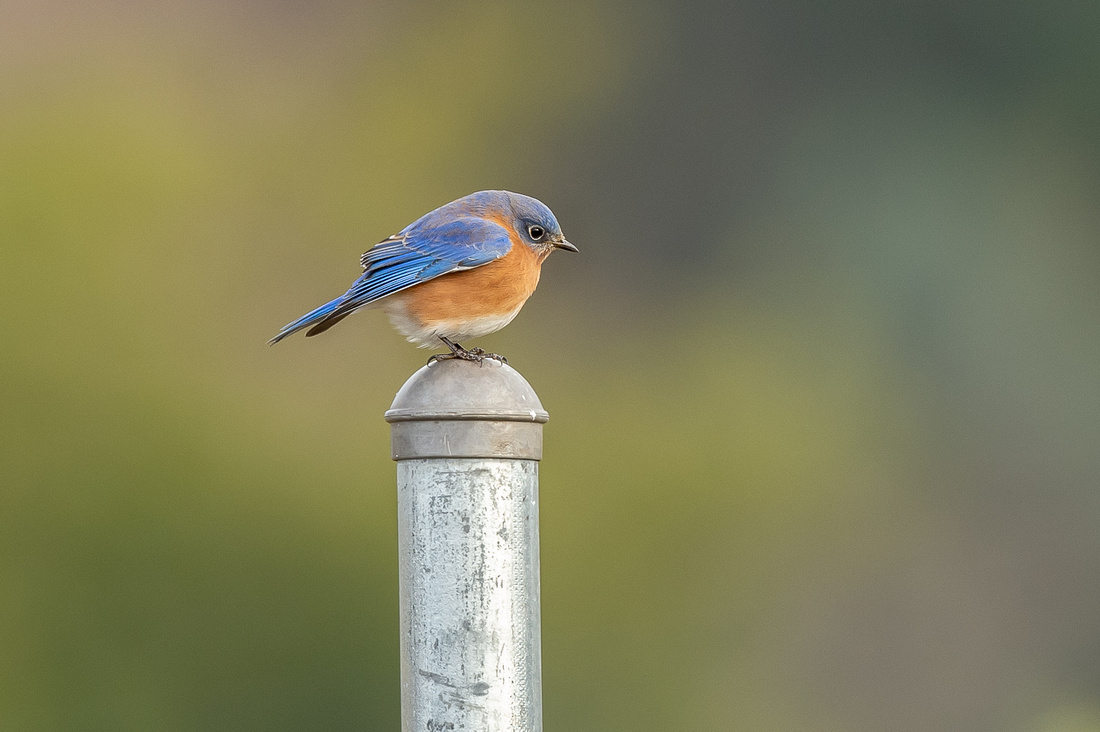 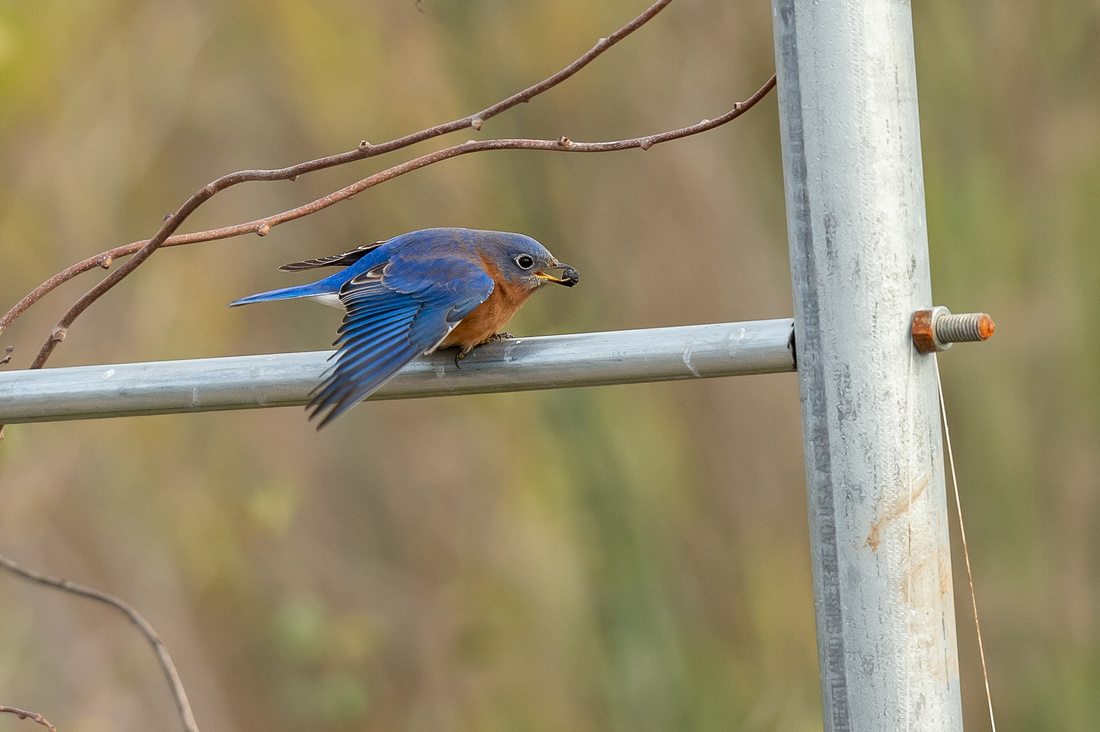 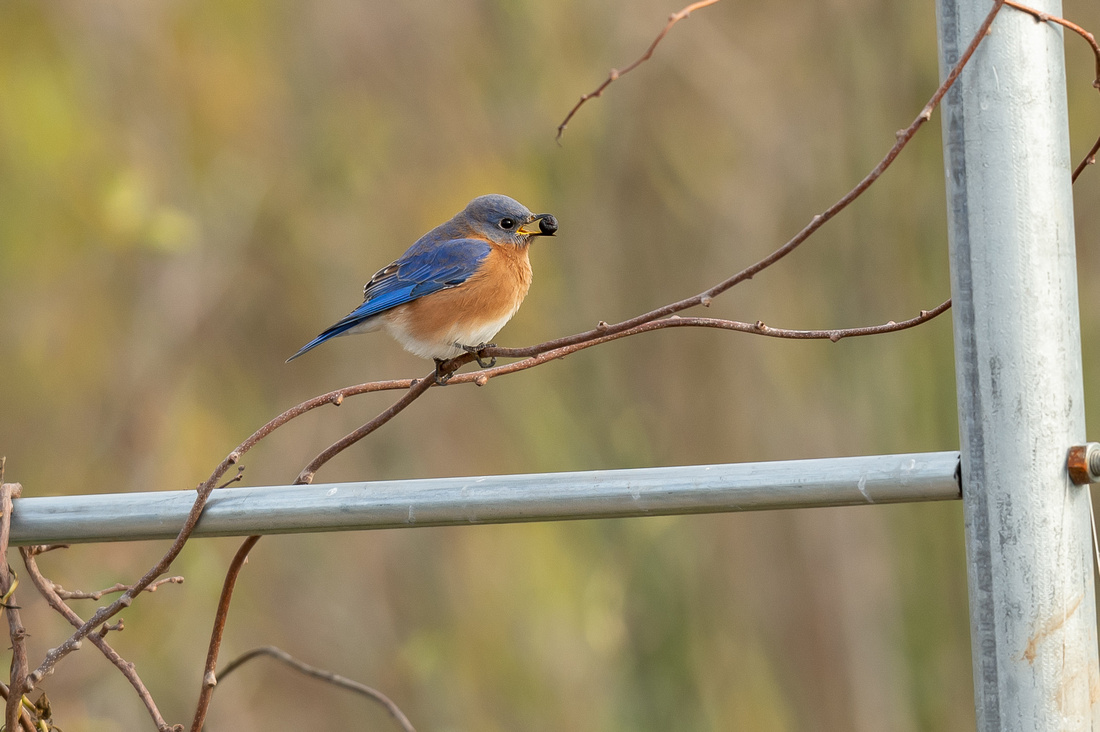 Below is a link to an online app that calculates the distance between two sets of map coordinates: